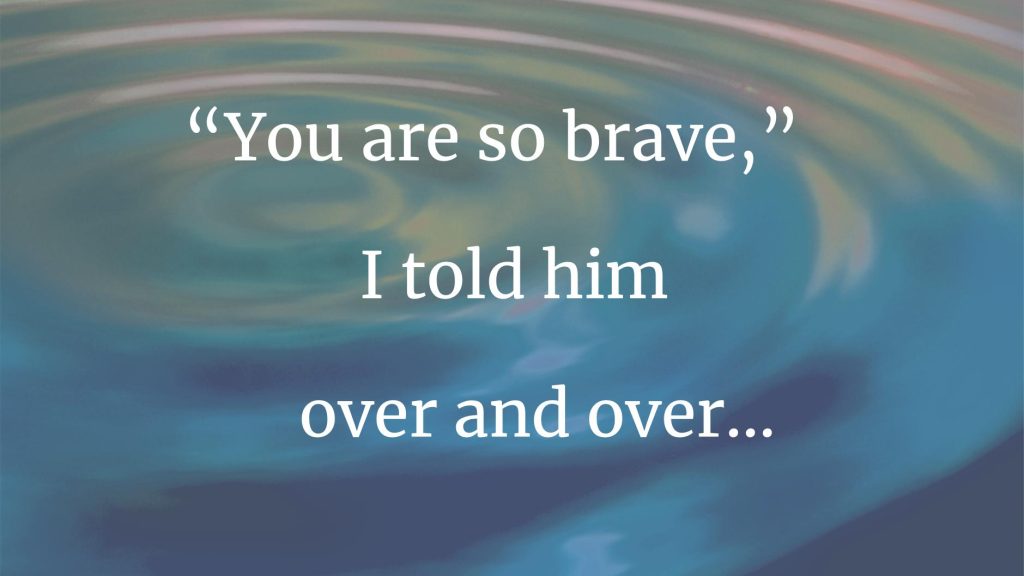 In the first months of medical school, we’re taught that patient autonomy should be one of a physician’s guiding tenets. The doctor provides diagnoses, prognoses and treatment plans, but ultimately it’s up to patients to make decisions about their own care.

As a family doctor, I often tell patients: “Only you can know what the right decision is for you. I’m here to provide information and recommendations and then to support your decision.”

But over the past year, as my father’s memory deteriorated and his life drew to a close, I learned about the ways in which our medical system limits patient autonomy.

During his last months, my father said repeatedly, “My brain is in chaos.” My family had glimpsed the first hints of that chaos years before, during Thanksgiving dinner at a Lebanese restaurant in Manhattan. My father said hardly a word, letting his eyes drift into a blank gaze. We thought it was his hearing; but his hearing tests were normal.

As a family-medicine resident, I was used to decoding patients’ vague complaints by developing a differential diagnosis, then zeroing in on the underlying illness through testing. Though I knew that my dad was exhibiting signs of dementia, I dreaded what this diagnosis would mean for him, so I kept coming up with other possibilities: Maybe it’s a vitamin deficiency, an infection, a small stroke, depression?

A decade earlier, my family had watched my once brilliant and indefatigable grandmother slowly fade away. In my early memories, she and I fill shopping bags with her favorite novels for me to read, and march together in protest of the world’s injustices. In my later memories, we make only momentary connections between her naps at the nursing home.

My parents assured me that this would never happen to them. “You have to know when life is ready to end,” they would say. “The greatest tragedy is when life has gone on too long—when your body is here, but you are not, and people no longer can or want to grieve your loss.

“  It came as an immense relief, during my third year of medical school, when my grandmother’s body finally died. As I continued my training, I felt grateful that my parents had made their wishes known: DNR/DNI orders, and an option to decide when they would die.

My parents fell in love in the early 1980s, both in their mid-thirties. When my grandmother first met my dad, she turned to my mom and said, “How is he still available?” Coming from a self-sufficient, communist, feminist mother of four daughters, this was high praise—and it was well deserved.

In the ensuing thirty-five years, my parents built a fiercely political life. My father was a brilliant attorney. He took any deserving case, whether the client could pay or not. He argued the first same-sex marriage lawsuit in New York—a case he lost, but of which he remained proud, particularly once that wrong was righted. In the early 1970s, he successfully sued Cornell University for equal pay for women sports coaches. For me, my parents’ example ensured that—even amid the stress of organic chemistry and basic science coursework—my vision of social justice stayed focused squarely on my future patients.

Late in 2020, after waiting nearly a year for an appointment, my parents finally saw a neurologist. It was brief: The physician said Dad’s memory was failing, ordered a CT scan, prescribed trazodone for insomnia and said he’d see them in six months.

There was a lot left unsaid. My parents weren’t told that there’s no cure for dementia, nor were they asked how they envisioned the end of my father’s life. Perhaps the neurologist, who’d known my dad for decades, didn’t want to know the answer; or perhaps he knew that our medical system offers people with dementia only one option: to fade away, as my grandmother had. Even as they said goodbye, my parents knew that the follow-up visit would never happen.

My dad never told us exactly when he planned to end his life; we all just knew that was the plan. He remained amazing—but so much less than he had been.

Talking with him felt like being caught in an endless loop. It was impossible to know what would stick in his brain and what would just keep circling around.

“Did we ever go to the New York State Fair?” he would ask.

“Yes, Dad,” I’d respond. “Every year, when I was growing up. We’d go on the rides, eat fried dough and get milk at the dairy-farm pavilion.” Hours or days later, we’d repeat the same conversation.

At times, enveloped in the fatigue of seeing patients during the pandemic, I could hear frustration creeping into my voice. I’d close my eyes and take a deep breath, knowing that I didn’t have much more time with him.

Last April, I flew from Miami to Ithaca to spend a week saying goodbye to him. My parents and I went to restaurants that we’d frequented when I was young, hiked at the park where my wedding had taken place and ate a lot of ice cream. My dad was calm and peaceful in a way that he hadn’t been for years. It was as if, knowing that his struggle against the chaos attacking his brain would soon end, and encircled by our love, he could breathe again.

“You are so brave,” I told him over and over, hoping it would stick. “After what happened with Grandma, this is the biggest act of love I could imagine for me and Mom.”

One afternoon, he looked at me with clarity. “Yes, I love you and Mom a lot. But this is also about self-love.” In his words, I heard echoes of that distant lecture on patient autonomy.

A few days later, Dad and Mom drove my husband and me to the tiny Ithaca airport for the last time. From inside, watching my parents’ green RAV4 sit in the drop-off zone, we imagined what they must be saying to each other. Then the car drove away.

How do you say goodbye when you know it’s forever?

The next day, back in Miami, I saw patients in the free clinic where I’ve worked since graduating from residency, in homage to my dad’s devotion to social justice. Then, as I was finishing clinic notes as I’ve done countless times before, my father ended his life.

Sometimes my grief feels suffocating, as if my lungs are gasping for air where there is none. Other times, I remember that there was grief even when my dad’s body was still present, but his essence was slowly being winnowed away.

While seeing patients, I force the knowledge of his death into the deepest recesses of my brain so I can focus on the patient in front of me. I sometimes wonder if I should think less about finding a cure and more about listening to my patients and educating them about peaceful ways to allow life to end.

Despite what I learned in medical school, our medical system did not give my dad autonomy at the end of life, because his wishes didn’t fit the accepted script. Ultimately, I believe, his decision was not so much about choosing to die as it was about committing to fully live every moment—until he couldn’t anymore.

Real autonomy for our patients can only come about if we decipher their wishes and create a medical system that recognizes all of their options.

As I envision it, the process starts with asking patients a simple question: “What do you want your life to look like, going forward?”

The next step is to embrace their answers. This means not assuming that a patient wants the test or medication that fits the treatment algorithm. It means validating a patient’s decision not to pursue chemotherapy or a clinical trial.

It means acknowledging the limitations of our medical system and encouraging them to envision the life and death that they need.

Sarah Stumbar is a family physician and assistant dean for clinical education at Florida International University Herbert Wertheim College of Medicine, in Miami. “Narrative medicine helps me to honor my patients and the courage with which they live and die. This essay honors my fierce and loving father, who taught me that a life surrounded by love, the world and the NY Yankees is one worth living.”

16 thoughts on “What Do You Want Your Life to Look Like?”