I always warn my medical students to be careful what they say in front of patients, or patients’ families or friends. “You never know who’s listening!” I add. They may think that I’m exaggerating–but I have my reasons.

Early in my career as an internist/nephrologist, if I had a free moment I’d head for the emergency room. I might get a referral, and the coffee and conversation were usually entertaining.

As I chatted with the ER doctor one morning, a cardiac-arrest victim came in, and the doctor and staff began administering CPR. In the midst of this, another cardiac-arrest patient arrived. The doctor asked me to evaluate this man and, if necessary, to direct his CPR.

The new patient, Milton, was a sixty-year-old security guard who’d been found unconscious. By the time he reached the ER, he’d stopped breathing. His skin was cold, ashen and bluish, and his pupils were fixed and dilated. The cardiac monitor showed no activity.

The ER doctor agreed that Milton was likely beyond help. “But this is a good opportunity to demonstrate CPR to the student nurses,” he suggested before returning to the first patient.

The nurses and I made sure that Milton’s airway was open. I ordered the appropriate IVs and medications and straddled Milton’s body to demonstrate chest compression.

Because his heart wasn’t beating, I asked a student to bring epinephrine and calcium to inject into his heart. Time ticked by while she prepared the syringes and I continued the compressions. My chronically sore back began aching savagely, and I grew increasingly tired and dispirited.

To my annoyance, as the student handed me the syringes, she fumbled and dropped them.

“God dammit!” I exclaimed. “Can’t you do anything right? How did you ever get accepted into nurses’ training?”

Today if I spoke that way to anyone, I’d be hauled before a disciplinary committee and might face suspension, or at least be reprimanded and ordered to take an anger-management course. I did apologize to the nurse later, but I admit that this was not my finest hour.

I administered the injections, to no effect. A few minutes later, I repeated them. To everyone’s surprise, the monitor showed a burst of cardiac activity–ventricular fibrillation, potentially lethal. After I made several attempts to correct this with electrical shocks, Milton’s heart rhythm finally converted to an abnormally slow rate, insufficient to sustain life.

Having resuscitated the first patient, the ICU staff rushed to help me. They hooked Milton up to a ventilator, and once he was stabilized, I admitted him to the hospital. Before accompanying him to the ICU, I headed to the waiting room to see his wife, Mildred, and daughter, Ann, herself a capable RN.

Ann had prepared her mother for the likeliest outcome. Without sugarcoating anything, I assured them that we’d do everything possible for Milton.

Instead of feeling elated at his resuscitation, I felt guilty.

He probably suffered brain damage from oxygen starvation, I thought grimly. If he survives, he’ll have permanent neurological and psychological deficits.

Tired, depressed, my back throbbing, I canceled my afternoon visits. Dinner in our home, usually noisy and lively, was subdued and gloomy.

For several days I rounded on Milton, who, despite heroic doses of medication, remained on a respirator, totally unresponsive.

By the fourth day, his prognosis was so bleak that, after consulting with his medical team, I spoke with Mildred and Ann about taking him off of life support and allowing him to die naturally. They reluctantly agreed, so I scheduled a neurological consultation and EEG to confirm brain death.

“When did he finally go?” I asked, half asleep.

“He’s not going anywhere!” said an excited voice on the other end. “He’s fighting to take out his breathing tube! He’s waking up!”

I scrambled out of bed and took off, breaking the speed limit all the way to the hospital.

There I found Milton, breathing unassisted. His color was much better, and his blood pressure and heart rate and rhythm were almost normal.

Fascinated by this miracle, I stayed by his bedside for hours.

By midmorning Milton was mumbling; within a few hours, he hoarsely demanded food: “Not this liquid crap!”

He made a complete recovery, with no impairment. Two weeks later, looking none the worse, and to the nurses’ applause, he left the hospital in a wheelchair–protesting loudly at not being allowed to walk.

Later cardiac angiograms showed that all of Milton’s coronary arteries were inoperably blocked. Doing his utmost to become healthier, he lost weight, stopped smoking and exercised; his hypertension and diabetes became well controlled. No longer able to work, he happily stayed home, watching sports on TV or reading the news. He regularly came to my office to chat over a cup of coffee.

Finally his coronary disease caught up with him, and he developed intractable heart failure. Soon he was restricted to his chair and oxygen tank. Heart transplants were still in the future. Milton and his family knew that his time was limited, and they accepted this with dignity.

As he grew weaker, I made house calls. On one visit, I found him watching TV and sat down to chat.

“Doc, you have a foul mouth!” he blurted suddenly.

I stared in surprise.

“Milton, how did I offend you?”

“You didn’t offend me. It’s what you said to that poor nurse,” he said.

“What are you talking about?”

“I mean when I was in the hospital, and you were working on me.”

“Milton,” I said, “You were out of it”–I hesitated to say “clinically dead”–“until you woke up, five days later. You couldn’t have known about anything that happened.”

“Oh, but I did,” he said. “I was up there in the corner of the ceiling, looking down, watching and listening. And you were so mean to that nice young nurse, who was only trying to help.”

He repeated what I’d said to her, almost word for word, then described in detail everything else that had transpired in the ER.

I broke into a cold sweat, feeling glad that I was sitting down–my knees felt weak. I left as soon as I decently could and called Milton’s wife at her job, seeking confirmation.

“Oh, yes,” Mildred said matter-of-factly. “He told me about that when he came home.”

“Why didn’t you ever mention it to me?”

“I thought you already knew,” she replied. “Anyway, he didn’t like to talk about it.”

I hung up and called Ann.

“Oh,” she said, “I thought you knew about his out-of-body experience.”

Milton died soon after, but his mystery remains.

One plausible explanation is that, during deep anesthesia, the sense of hearing is the last to go. Profoundly anesthetized patients sometimes remember what’s said during their procedure; that’s why surgeons are advised not to talk while operating. Milton, if not dead, was certainly in the deepest conceivable state of anesthesia.

I find it hard, though, to tally this “scientific” explanation with his description of hovering overhead in the ER, registering everyone’s words and actions. I pride myself on being a rational person, but my nagging doubts remain. As Hamlet said, “There are more things in heaven and earth….”

In any case, that’s why I always caution medical students to be careful what they say in front of patients. You never know who’s listening!

David Edelbaum, age eighty-five, is a retired internist/nephrologist. “I was born in England and in 1945 came to New York City, where I attended high school and the City College of New York. I attended medical school at the University of Leiden, in the Netherlands, before returning to this country in 1959. After doing a general internship and several more years of training in cardiology, internal medicine and nephrology, I went into private practice and became an attending physician at the UCLA Harbor General Hospital. When I retired, a friend on the USC (Keck) medical faculty recruited me to teach in their Introduction to Clinical Medicine program for freshmen, and I’ve been very happy there since. As for writing, I began recently when my children and grandchildren asked me to write about my life. Milton’s story has a postscript: Long after the above incidents, as my wife and I waited in an orthopedist’s office to meet the surgeon who was to replace my knee, Milton’s daughter Ann suddenly appeared–she was the office manager! Needless to say, it was a happy reunion.” 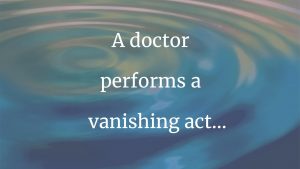 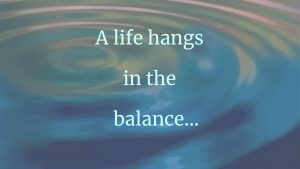 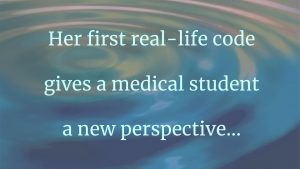