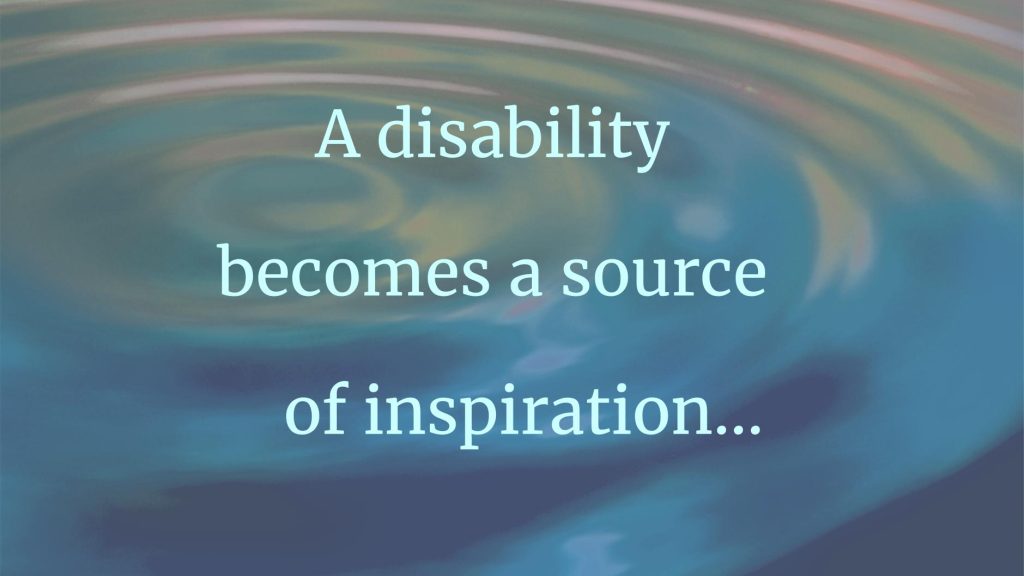 I know about blindness because of Uncle George.

Once, when I was just a kid and was explaining something to him, I casually said, “You see?” then turned white-hot in embarrassment, not that he saw my discomfort.

He responded, “Yeah, Scott, I see what you mean.”

I’m sure he was cutting me some slack. He was so kind to me. He was kind to everyone.

Before he became blind, George married my mom’s younger sister, Pat, and they moved to San Antonio for his dentistry residency. The sisters were of a similar mindset and both gave birth to boys…on the same day. As babies, Cousin Greg and I often jointly celebrated birthdays and holidays, and I got to see a lot of my Uncle George.

His glaucoma caused him to see without clarity or distinction. He’d seen his infant son, and I guess me, but had trouble clearly seeing his daughter, Krys, when she was born three years later.

I learned that blindness did not lessen this man. In my view, he was great—not because of his blindness but because he wasn’t defeated by it.

There were other adults who also spent time with me as a child, but I learned so much from George. He played card games with us kids, and I was impressed that his fingers could unerringly feel and “read” the cards’ little Braille bumps. We played blackjack and in-between, poker and baseball-in-the-rain, and he often beat us. I realized that if the tables were turned and the world had been designed for the blind, I’d be the handicapped person.

Before blindness gained on George, he was a dentist attached to the Air Force. When his eyesight began to fail, he wanted to continue somehow, but this idea received no support from his fellow military dentists. Back in the Sixties, there were fewer opportunities for “handicapped” folks to participate in society and the workforce. In 1963, he was put on disability and given a regular stipend, his only income.

Uncle George went through a lot of training and therapy to learn how to function as a blind person. In 1964, he attended a five-month rehabilitation program at Hines VA Hospital in Maywood, west of Chicago. Among other things, he learned the complex skills needed to use his cane in order to navigate in public. The graduation exam involved getting on a bus, being dropped off at a random stop and having to find his way home, unaided by the blind-school staff. Walking in unfamiliar places, I’ve gotten myself thoroughly lost and felt pretty insecure about being able to un-lose myself, and I’m not blind!

In daily life, my uncle would don “blind” glasses when he went out, but not at home around the family. He couldn’t focus his eyes on anyone, so speaking with him meant not expecting eye contact. I became used to seeing him stare in different directions as he talked to us. In memory, I see him in profile, his head turned to better hear our voices.

Despite his blindness, when he went walking outside, he felt acutely aware that others would stare at him—often harshly, without compassion.

He wasn’t fond of visiting other places, because it put him in unfamiliar territory. At his house, he knew precisely where all the furniture was located, and exactly how many steps it took to get from the dining table to the bathroom. When he visited our house, he either had to experiment to get around, or be led by Aunt Pat or us kids.

I felt really proud whenever I was able to help him in this way. He’d place a big, sensitive hand on my shoulder or around my elbow, and I would walk a little ahead of him, clearing the path and warning him of obstacles. The feeling that he trusted me not to lead him into danger was the high point of any visit.

In 1971, when Greg and I were in ninth grade, Uncle George and his family pulled up stakes and moved to Cocoa Beach, FL. The warmer weather was a boon: He wasn’t cooped up during the winter months and didn’t have to worry about stepping on ice. Living near Patrick Air Force Base provided him with benefits as a disabled veteran. It was a long drive to Cocoa Beach, but my family tried to visit at least every other year.

In 2020, Uncle George published a memoir, Threshold to Darkness, with the assistance of his son and a granddaughter who is pursuing a journalism career.

In it he holds nothing back. He shares his anger and despair at the medical world’s inability to help him. Only after his blindness became irreversible did he discover that there were treatments and procedures that could have helped him, had he found them early enough. That must have been devastating to learn.

He also describes times when he fell into depression and railed against the arbitrary unfairness of his blindness: “Why me?”

When I read this piece to him, he remarked that the difficulty is in feeling dependent—not being able to do for yourself and always having to ask for help. For my part, helping him is something I’ve always loved to do and am glad to do whenever I can.

“Most people think that blindness is the ultimate handicap,” he wrote. “But in my estimation it is not.”

I tell him that in my view, the worst handicap of all is unkindness towards others.

As I see it, we are all Georges, banging our heads and bruising our shins as we feel our way toward our immediate goals. To be blind has been viewed as symbolic of deeper failings since ancient times; just ask Oedipus. But there is no hint of moral blindness in George. He is an amazing human being.

Scott D. Vander Ploeg is an early-retired English professor, specializing in British Renaissance literature. He has been writing creative nonfiction since 2020 and counts two-dozen publication credits, notably in Potato Soup Journal and The Dewdrop. He still also writes and edits scholarly essays. His website is greatscottwriter.com. He writes daily, plays jazz drums and practices and teaches tai chi and qigong. “I find that family members and memories of them make good subjects for my prose. Writing is like breathing–I have to do it, so I might as well enjoy it and give it my full attention.”