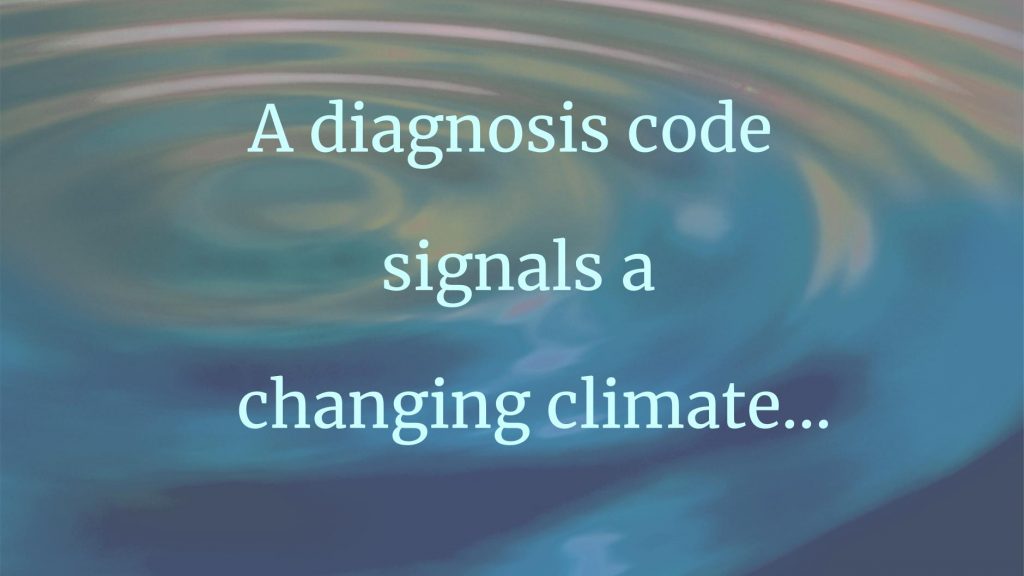 Thursday October 31, 2019, 11:00 pm: A forty-five-year-old woman named Maria drove her Subaru Forester along a Pennsylvania highway called the Blue Route, about fifteen miles west of Philadelphia. It was raining heavily. She drove more slowly than she ordinarily would, partly due to poor visibility but also because the wind seemed unusually strong. Her hands firmly gripped the vinyl steering wheel at 10:00 and 2:00, so as not to allow the vehicle to be blown about the road.

Maria was just about to switch the car radio to a news station, hoping to hear a weather report, when she saw the funnel cloud headed directly toward her.

Before she could do more than gasp, she and the car were lifted into the air by a powerful upward thrust. The second or two she spent suspended above the highway stretched out endlessly, and her consciousness seemed to expand in an arc over the entire earth. She wondered if this was what death felt like–a shocked eternity, purgatory above an expressway.

Eventually, her car slammed back down to the ground, tires bouncing against the asphalt. It had spun around nearly 180 degrees and now faced the direction from which she’d come.

Maria discovered that she was still alive–unbroken, though not unharmed. All of her limbs, fingers and toes moved upon silent command. Shaking, she opened the car door and stepped out onto the highway and into an eerie quiet.

Friday, November 1, 2019, 11:15 am: I meet Maria the next day, when she limps into the urgent-care center where I am working a hectic Saturday shift.

I began this stint in urgent care a couple of years ago, after a failed attempt to leave the practice of medicine altogether. It works for me, at least for now–allowing me to do clinical work while still having entire days to write and to live my life in between shifts. Contrary to the belief of some of my colleagues who still practice traditional primary care, it is not boring. I see all kinds of things, from heart attacks to hemorrhoids, from gaping wounds to gout.

And now I am seeing Maria, a tall, slim woman with a gentle smile and a quiet voice. She is wearing jeans and a sweatshirt, and her long, dark hair is pulled back in a messy ponytail.

“I’m feeling a bit dazed,” she says. “I might have hit my head when the car went up in the air, I’m not sure. What hurts most is my left leg.” She motions to her hip and thigh. “It slammed into the driver’s side door when the car crashed back to the road. I want to be sure nothing’s broken.”

My evaluation reveals evidence of a mild concussion, whiplash and a large bruise reaching from hip to knee. I order X-rays to rule out hip or femur fracture. Beyond that, Maria is still in a bit of shock, terrified by her bizarre encounter with the whims of nature.

“I still can’t believe this happened to me,” she says. “What are the odds?”

She abandoned her car, badly damaged, on the highway; the police drove her home. She’d declined a visit to the emergency room, knowing that the ER bill, despite her insurance, would leave her in debt, and feeling that her injuries weren’t severe enough to warrant it. Fortunately, she’d been right.

While I wait for the radiology technician to complete Maria’s X-rays, I sit down at the computer to document her encounter on the electronic medical record (EMR) and complete the billing form by entering her ICD-10 diagnosis codes. These are the numerical codes assigned to each patient problem by the International Classification of Diseases, the bible of medical coding. When I enter Maria’s diagnoses, the EMR generates the code numbers:

Oh, right, I’m supposed to mention the mechanism of injury. Laughing to myself, I type in “Tornado,” certain that the ICD10 contains no reference to such things. But no, there it is!

As I enter it, I feel a rush of satisfaction–triumph, in fact. This is a hot code! One I’ve never gotten to use before! My colleagues will be so envious!

Since the advent of highly specific coding, in 2014, I’ve had occasion to use a number of fantastic codes, including:

Other Encounter with Goose W61.59X

There are a couple of codes on my bucket list, but I don’t think I’ll ever use them:

I’ve looked up how many prisons in the US have swimming pools. There is only one, the institution in which Martha Stewart was incarcerated, and it’s in California. I’m still not sure how water skis could catch on fire, except during stunt tricks such as skiing through flaming hoops–tricks I’ve never seen performed anywhere near Philadelphia.

Who is employed to make up these codes, anyway? I wonder to myself. Do they create these codes to amuse themselves, or do they take pleasure in complicating clinicians’ lives?

I imagine these code creators laughing at us as we search for the one code we need among the thousands of useless ones. Why is there a code for “Injured in Prison Swimming Pool,” which logically could happen only to a very few people, and no code for “Injured at Disney World,” a place visited by hundreds of thousands of people every year, with many opportunities for accidents to occur? (Yes, I did look up “Injured at Disney World,” and there is no such code.)

Maria’s X-rays are back, and luckily they show no signs of a fracture. She prepares to leave, satisfied that the physical injuries will heal in time. She’s less certain of how to handle her post-traumatic fear.

“I’m not sure I’ll ever want to drive on the Blue Route again,” she tells me. There is a worried little crease between her brows. I suggest tincture of time and give her a list of counselors in case the anxiety persists.

I, too, feel afraid after her visit. The fact that I, an urgent-care doctor in a Philadelphia suburb, am coding for “Tornado, initial encounter” is deeply disturbing. It’s only in the last few years that tornadoes have become a thing in this area. They used to hit once in a decade; now, tornado warnings on the news are not at all uncommon.

Maybe this is the new normal, and diagnoses like “Tornado, initial encounter” and “Flood, subsequent encounter” will start to appear on the charts of patients in the northeastern United States on a regular basis.

It’s a good thing that the ICD-10 is prepared for such a situation. It certainly doesn’t seem like the rest of us are.

Rosalind Kaplan is an internist and writer in the Philadelphia area. She teaches narrative medicine at Sidney Kimmel Medical College/Thomas Jefferson University and holds an MFA in creative writing from Lesley University in Cambridge, MA. Her work has been published in a variety of literary and medical journals, including Pulse, Annals of Internal Medicine, Amarillo Bay, Minerva Rising and the Eastern Iowa Review.