“The Worst Mistake of My Life” 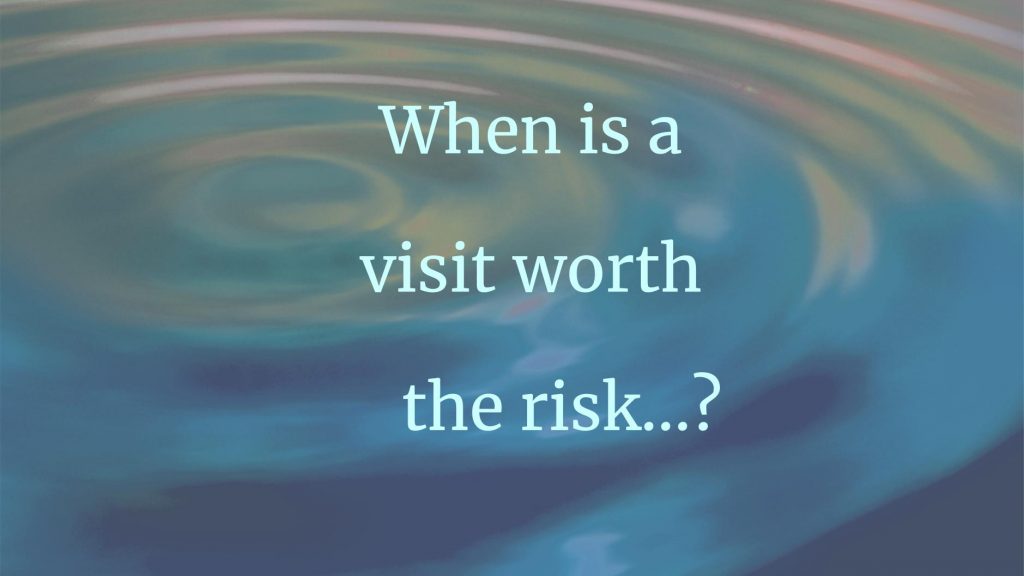 Before stepping into Jasmin’s room, I slathered my hands with cold Purell and began the mundane ritual of donning my PPE. The smell of alcohol filled my nostrils as I grabbed a gown and the paper bag containing my N-95 mask and face shield. Like a seasoned soldier preparing for battle, I put on my gear with ease. With my gloves glued to my skin by sanitizer, I rapped on Jasmin’s door, asking permission to enter.

As I walked in, my ears were battered by the oximeter’s constant beeping, a signal that Jasmin’s oxygen levels were too low. Although she’d been positioned belly down to maximize her lungs’ ability to function, they were still hungry for air. Sunlight flooded through the windows, but she clearly couldn’t enjoy it or focus on anything but the struggle to get enough oxygen.

Sweat dripped down my back; I felt unsure if it was from nerves, or from the gown overheating me. After an exchange of introductions, Jasmin, gasping between breaths, told me her story.

A few months back, before the pandemic was in full swing, her best friend in the whole world had moved to Miami.

“I had planned to visit her there, but because of coronavirus, I initially decided against it,” she said. “I know COVID-19 can kill people.” A seasoned clinical social worker counseling patients with mental-health issues, she’d seen the daily news images: Black bodies sick and dying from police brutality and from COVID-19–and, at the root of it all, systemic racism. She was determined not to become another Black body, another statistic.

But she also saw COVID-19’s detrimental effects on mental health. She saw it in her patients–already anxious, stressed and depressed, and now bearing the weight of a global pandemic. And she saw it in her best friend, Madison–lonely in a new city, sheltering in place, making no new connections. They missed each other dearly, and video calls could only do so much.

Should I visit her in Miami? she wondered.

She knew the dangers, but her head and her heart were at odds. Her husband implored her not to go, but eventually she decided to visit her best friend. She took every possible precaution: The entire time that she was at the airport and on board the plane, she socially distanced, sanitized the seats and wore a surgical mask. But when she saw Madison in person for the first time in months, they couldn’t help but embrace. Yearning for some sense of normalcy, they hung out together at the pool without masks, then went out to brunch at a restaurant with an outdoor patio. It felt like pre-pandemic times again.

Now, she said, “It was the worst mistake of my life.”

Two weeks after returning home, she developed fevers and had trouble breathing. She tested positive for SARS-CoV-2. An immense fatigue began to overwhelm her body. She was admitted to the hospital, with oxygen requirements that, within hours, escalated from 3 liters/min to 5 liters/min to 10 liters/min.

If this keeps up, I worried, she might need to go to the intensive-care unit for life-sustaining care before evening.

I set up a video call with her husband, Dan. The three of us discussed how Jasmin might have caught the virus. Was it at the swimming pool or the outdoor brunch? Perhaps it was at the airport, or on the plane ride home? Madison had tested negative, and so had Jasmin’s other close contacts, including Dan.

“How does the virus cause shortness of breath?” Jasmin asked me. “Is it damaging the cells in my lungs?” I answered her questions to the best of my ability. Dan’s brow furrowed as I conveyed my worry that she might need to go to the ICU.

Jasmin expressed searing regret about visiting Miami. “If only I hadn’t gone on that trip, this wouldn’t have happened,” she chastised herself. “I’m such a selfish person!”

Hearing her, I couldn’t help but say, “Please be kind to yourself!” I’ve seen countless patients, friends and colleagues wrestle with these same questions: Is it safe to drive or fly across the country to see my family? If I do, should we wear masks and stay six feet apart the whole time? Is the emotional benefit worth the physical risk?

All the while, I felt acutely aware of the parallels in Jasmin’s and my experiences during the pandemic. She, a Black woman, experiencing anti-Blackness on a daily basis, shamed by others and by herself for fulfilling a human need, and scared of COVID-19, which is disproportionately killing Black Americans. I, an Asian American immigrant, am reminded of my conditional acceptance by White Americans as I see anti-Asian hate crimes spike during the pandemic.

I placed my gloved hand on Jasmin’s ungloved hand, trying my best to break through the sterility of our interaction and convey some human warmth through touch.

Humans are innately social creatures. We crave love, touch and physical connection. Ironically, by following the medical experts’ recommendations on how to maintain our physical health, we’ve ended up putting our mental health at risk.

How do you balance the need to physically distance with the need for emotional closeness? Everyone’s answer is a little bit different.

In order to minimize the risk of contracting and spreading the virus, my family and I decided that I should forgo a visit back home to California until a majority of the nation has been vaccinated. Until then, I’m hoping that we can maintain our connection via video calls. On the other hand, some of my colleagues have been willing to fly cross-country to visit their family and friends. Even physicians have trouble calculating the risk-benefit ratio, when their own families are part of the equation. When will we be able to embrace each other again without guilt?

A few hours after our encounter, Jasmin’s symptoms worsened, and she was transferred to the ICU for increased oxygen support and closer monitoring. Although I was no longer responsible for her care, I felt scared for her and checked her medical chart occasionally throughout her stay.

To my intense relief, a few days later her breathing improved, and she was discharged back home and into the arms of her husband. The worst mistake of her life was over.

I don’t know if she still blames herself for what happened, but I hope that she can find comfort in knowing that we’re all struggling to strike the right balance between protecting our health and preserving our humanity.

In my eyes, Jasmin did not do something wrong; she did something human.

Sunny Kung is an internal-medicine resident at Brigham and Women’s Hospital in Boston. Next year she will be an addiction-medicine fellow at Massachusetts General Hospital. She’s published op-eds in STATnews, Doximity and Medium about being a frontline COVID worker and about paying essential workers a living wage. She is a fierce advocate for racial justice and health equity and hopes to focus her career on caring for vulnerable populations such as immigrants, people of color and people with limited English proficiency. “I find writing therapeutic; it allows me not only to channel my emotions but also to advocate for my patients.”

8 thoughts on ““The Worst Mistake of My Life””