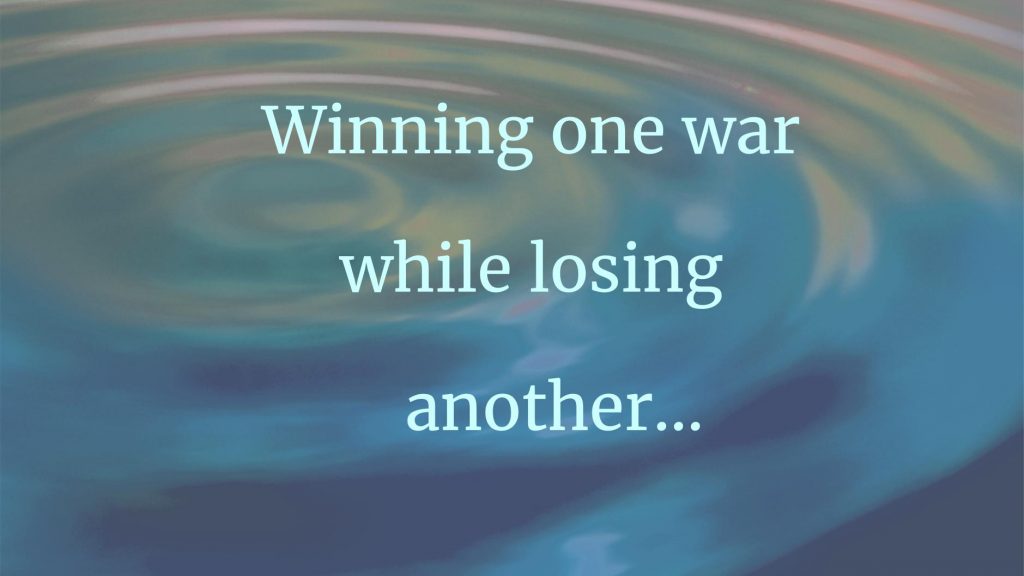 It was March 2020, and COVID was coming. The virus hadn’t yet reached my small suburban community in Pennsylvania, but already businesses were waning, streets were emptying, clinics were closing. Fear was widespread.

A collective refrain sounded: “Shut it down”—the university, the restaurants and, most of all, the public schools. In past pandemics, children have been the superspreaders of respiratory disease. At my busy multispecialty pediatric clinic, we added appointments for children in respiratory distress; but we discontinued checkups and mental-health visits.

Keep them safe became the clinic mantra. Keep them home.

All spring, I pored over the medical literature, checked supplies of masks, gowns and gloves, and awaited the surge of pediatric patients—a surge that never came.

I watched on the news as the virus ravaged parts of the country, as bodies were stored in refrigerated trucks and adult-medicine doctors committed suicide, overwhelmed by the tragedy of so many lives lost.

In my almost vacant office, I rode the curve—in my area, only a low-grade hill. Kids’ infection rates remained low.

In early summer, having followed the science, and giddy in the growing realization that my young patients were not the virus’s victims of choice, I reopened my clinic doors and welcomed them back—only to encounter a new health emergency.

First in was a favorite patient: a teenage girl with Fragile X syndrome and a passion for Harry Potter.

“Erin!” I did not hug her, but spread my mouth in a smile largely concealed by my KN95 mask and face shield. “I’ve missed you.”

Hearing a whisper from behind her mask, I leaned closer. Erin’s grandmother, with whom she lived, watched quietly as Erin, her gaze tracing the wall behind me, spoke to an unseen entity.

“She’s talking to Hermione,” she said. “The students at Hogwarts are the only ones she talks to, these days.” As we exchanged glances, I saw the concern in her eyes.

“I can’t get her to pay attention to the teacher online,” she added, as Erin continued her conversation, complete with hand gestures. “She sits at the computer and talks to imaginary people instead of real ones.”

My next patient, Vanessa, ten, reported some familiar symptoms.

“My throat hurts,” she said, then burst into tears. Her mother wrapped a protective arm around her. Given her symptoms, Vanessa would need a COVID test—her fourth in as many visits.

“Is the pain severe?” I asked, alarmed at the way her hands trembled, at the panicky look in her eyes.

“Do you have a headache? Belly pain? Cough?”

Kneeling on the floor in front of her, I fought the urge to sweep her loose tendrils of hair behind her ears, to wipe her nose, to hug her. I stopped myself, aware that my touch might contaminate her.

“Then why are you crying?”

“What if I have the virus?” she said. “My whole family might die.”

In the next room, thirteen-year-old Miguel sat with his parents. He was here for follow-up after being hospitalized.

I smiled as I walked in, wrinkling the skin around my eyes to show him that I was, in fact, happy to see him.

“Do you want to tell me what happened?” I asked when his parents had left.

His eyes looked lost, like those of someone shipwrecked on an island.

“My parents searched my phone,” he said. “They found the texts I sent to George.”

I waited to hear about the inappropriate nature of these texts.

“They didn’t know we were dating,” he said. “We used to see each other at school.” He dropped his head into his hands. “But since we’re not in school, we can only text.” He looked up at me. “They forbid me to be gay.”

Back out in the hall, I read my next patients’ chief complaints (anxiety, behavior outbursts, fatigue) and realized that I was in the midst of a full-blown public-health emergency—one brought about by COVID, but not caused by the virus itself.

Long before COVID, many of my young patients suffered from anxiety and depression. A community of teachers, guidance counselors, therapists, child psychiatrists, pediatricians, friends and more had supported them. No one could ever claim this was enough, but we could identify and treat most of the youth who needed psychiatric care. Like a levee, our network of care held back the flood.

During the COVID surge, we caregivers did the unthinkable: We dismantled the levee.

As my patients returned in the the months following our clinic’s reopening, I saw the consequences of this.

While the schools stayed closed, the tide of children’s mental and emotional suffering spilled far beyond the capacity of our outpatient services to help them.

Now it is another year, another season. Our new president preaches the value of science and the power of vaccination. There is reason for hope.

Some children are back at school. Teachers once more scrawl Great Job! on their homework assignments and notice if they’ve spent English class staring out the window or don’t have a lunch to eat. A coach or a music teacher or a cafeteria worker will ask, “How’s it going?”

These are signs of a return to normal. But for children who still feel the trauma of this pandemic, the suffering continues.

Recently, a colleague asked if I’m seeing improvements in my patients’ mental and emotional health.

I reflected on the safety plans I’ve made for suicidal patients, the new prescriptions I’ve written, the way I’ve lain awake at 2 am over the past few weeks.

True, after therapy Erin has begun interacting with real-life people again, and Vanessa no longer holds herself responsible for her entire family’s safety. Miguel is under a psychiatrist’s care. It is reassuring to see these patients improve, but humbling to watch a new stream of patients replace them in my 2 am worry sessions.

Suicide attempts are rising, and there aren’t enough child psychiatrists and therapists to meet the need. Last week a teenager with newly diagnosed obsessive-compulsive disorder said, “What if it never gets better? I don’t think I could face that.”

I answered the way I always answer this: “I won’t give up if you don’t.”

I am going to try to keep my promise. We’ve all been through unspeakably hard times, and I can only hope that, in the end, my fellow caregivers and I will work to rebuild the levee and make it better.

Kati Eisenhuth is a general pediatrician with Geisinger Health System in State College, PA. Her work can be found or is forthcoming in Bayou Magazine, failbetter, Ghost Parachute, Into the Void, McSweeney’s Internet Tendency, Gravel and elsewhere. She is currently writing her second novel while her first sits in a pile of agent queries. “Writing and medicine are symbiotic in my life—each grows from the other. I can’t envision my world without either.”

2 thoughts on “The Other Public-Health Emergency”