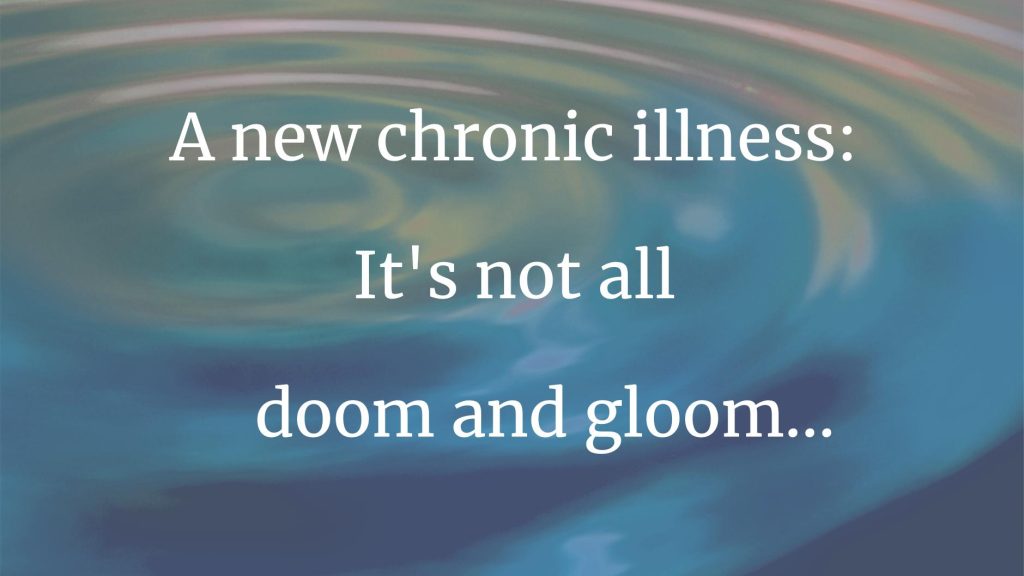 Two and a half years ago, a movement-disorder specialist confirmed my family physician’s judgment that my problems with balance and walking could be early signs of Parkinson’s disease. That’s exactly what they were. I joined one million other Americans living with this illness.

My symptoms, although mild and so far manageable, are nonetheless evident. My doctors note my stiffness and reduced facial expression. My daughter worries about my posture and my tendency to shuffle. My wife is alert to my problems sleeping and my loss of a sense of smell. Friends comment that I’ve slowed down.

It’s sometimes difficult to sort out the changes that are due to aging—I was seventy-seven on my last birthday—and those that are due to Parkinson’s. Even my relatively minor problems are troublesome and make the future less appealing than it might otherwise be.

I’ve known others with Parkinson’s and have read accounts of what is likely ahead for me. My brother-in-law suffered from progressive supranuclear palsy, a close cousin of Parkinson’s, and I watched him deteriorate. Advanced Parkinson’s is a severe illness with debilitating effects, including limited mobility, dementia, depression, fatigue and sleep disorders. For those with Parkinson’s, the issue is not whether one will improve but the pace at which one will get worse.

With my symptoms, I can still do many things that I enjoy: gallivanting with my children, eating meals, going to baseball games and on outings with friends, taking an annual fishing trip, reading and writing, visiting the gym. I’m not sure how long these pleasures will continue. Like others with my disease, I’m hoping for an indolent course, but there’s no assurance of that. Since my symptoms predated my diagnosis by at least eighteen months, I may already have enjoyed as much indolence as I’m due.

But my Parkinson’s disease is not without its positive side.

Shortly after my diagnosis, I saw a man walking down the street in my suburban neighborhood. I was jealous of his easy stride and saddened that I had taken for granted my ability to walk when walking was easy. Now I must concentrate in order to move my legs and swing my arms. My situation is a reminder that I didn’t pay sufficient attention to the blessings of the here and now, the simple joys of daily life. I didn’t enjoy walking when walking was easy.

Walking isn’t the only thing I should have paid more attention to. There were plenty of missed opportunities. Having lost my sense of smell, I regret that I did not focus more on enjoying the smells of our holiday kitchen or my freshly bathed infant kids. I shortchanged myself by multitasking when I should have focused on one thing at a time. Answering email while watching baseball on TV lessened both activities.

A friend accuses me of being a “woulda, coulda, shoulda” kind of guy, and she’s correct. Parkinson’s has motivated me to try to enjoy what I have and not spend time regretting what has been lost or is likely to be. As journalist Frank Bruni notes, spending one’s life preparing for future losses “disrespects the blessings of the here and now.” I count this newfound attention to the patterns of daily life one of the joys of Parkinson’s disease.

The title of a new self-help book recently caught my eye: Be Where Your Feet Are. The book is a collection of homilies about the need to stay focused and be mindful, and its title is my new mantra. I’m trying hard to be where my feet are and to enjoy the day to day. When visiting the gym, I no longer rush through my routine, trying mainly to cross it off my to-do list. Now I concentrate on the weight lifting and movement. When having meals with family and friends, I focus on the company, not the cuisine, and enjoy the comradeship and conversation.

As I work to be where my feet are, I’m also trying to prepare for what lies ahead by laying the foundation for continuing to do the things I enjoy. My strategy is based in part on a decades-old encounter among friends.

In 1989, I accepted a position with an international NGO and moved to Bangkok, where I shared an office with two Johns who worked for the same organization: John Gill, a Scottish public-health physician who had worked in Canada and Jamaica before moving to Bangkok; and John Stoeckel, an American population-and-health researcher who had previously worked in Bangladesh and Nepal. Both Johns had lived in Bangkok for years. Their colleagues joked that they had become close friends because they both arrived at the office early and spent the first hour of every workday gossiping and complaining.

Gill developed Parkinson’s disease and, in due time, the characteristic tremor; he found walking so difficult that he required a wheelchair. After several years apart, the three of us met for lunch. I watched, surprised, as Stoeckel secured a napkin under Gill’s chin and cut his food into bite-size pieces. Post-lunch, Stoeckel brushed off Gill’s shirt and trousers, where much of his lunch had landed as he struggled to move the food from his plate to his mouth.

I tell this story to my close friends to encourage them to be ready to help me eat—to cut my food into bite-size pieces and to clean up after me. And I’m delighted that they have promised to help. Having friends willing to play nursemaid and eager to assist is another joy of Parkinson’s.

Even before my diagnosis, one close friend, an orthopedic surgeon, was troubled by how I was walking and urged me to see a neurologist. When another friend heard of my diagnosis, he read Michael J. Fox’s autobiography to learn more about the illness. He is among those who remind me to stand up straight and swing my arms when I walk. When we’re out together, he regularly asks, “You okay, Peter?”

I am neither uninformed nor a Pollyanna. I listen to the online seminars, read the material on Parkinson’s and pay attention to what my movement-disorder specialist tells me. I know where I am heading, and I’m not looking forward to it.

But I am optimistic. I just bought a lifetime Virginia fishing license. It cost more than an annual license, but if I’m still fishing in 2023, it will have been a smart investment. I’ll enjoy the fishing more than I used to, because I’ll be where my feet are and have friends to watch over me.

Such are the joys of Parkinson’s disease.

Peter J. Donaldson is president emeritus of the Population Council and a senior fellow at the Center on Nonprofits, Philanthropy, and Social Enterprise, Schar School of Policy and Government, George Mason University. “My first essay was published fifty-two years ago. Since then, I have written numerous popular and technical articles, many on population, health and development issues. Over time, writing has become a key element in my personal and professional identity.”

8 thoughts on “The Joys of Parkinson’s Disease”