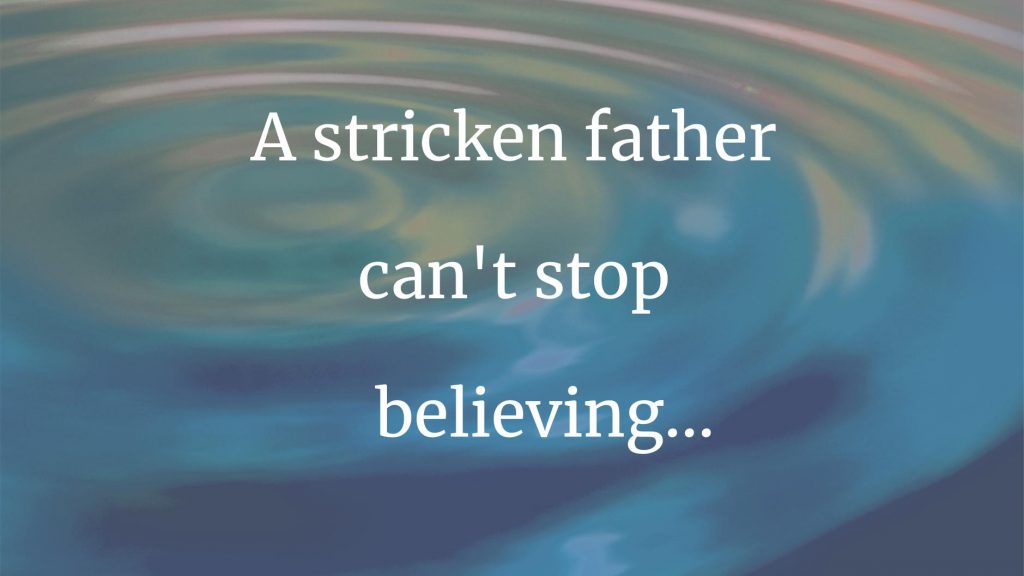 During the early months of the COVID pandemic, the Utah medical school where I teach asked me to facilitate a small group of first-year students in Layers of Medicine—a course that covers what you might call the “messy” side of medicine, including end-of-life discussions.

Just after the course started, my dad was diagnosed with pancreatic cancer. All at once, I felt my personal and professional responsibilities intersect, unexpectedly and powerfully.

As a medical student, I’d learned about the five stages of grief, and had naively assumed that the process was simple and linear. Now I learned differently.

Hearing my students discuss death and dying, I felt particularly affected by one conversation—about clinicians’ tendency to view death as a personal failure.

I realized that, as a patient, my father shared that attitude.

Dad’s diagnosis had come as a shock. Weeks before, he’d been mowing the lawn and tending to his treasured backyard garden.

“My back and shoulder blade are hurting,” he’d told me cheerfully. “It must be muscle strain.” Even after getting the diagnosis, he viewed the cancer as a temporary setback.

Dad’s oncologist commented on his fighting spirit—an optimism fueled by his prior successes in life. Born in a small village in southern India, the fourth of eleven children, he’d grown up in a thatched hut without plumbing. At thirty-five, he’d emigrated to the US and achieved the American Dream—a successful job in real-estate management, a family, a house.   His medical history also offered hope: Six years earlier, diagnosed with stage 3 gastric cancer, he’d breezed through the chemotherapy and surgery. So he felt confident about beating this new cancer: “After all, I did it before.”

Longing to see Dad face to face, but fearful of traveling during the pandemic, I delayed flying the thousands of miles to New Jersey, where he and Mom lived. Luckily, through telemedicine, I was still able to participate in his oncology appointments.

As time passed I noticed that Dad’s face was growing gaunt—and that instead of standing and pacing during our visits, he sat quietly or lay on his bed. He admitted that he was weaker and no longer felt comfortable driving. (He’d prided himself on his ability to navigate rush-hour traffic in Manhattan.)

“When I beat gastric cancer, I was a different person,” he conceded. Even so, his certainty about surviving never wavered.

“If I can make it through through the Whipple procedure, I know I can recover,” he insisted boisterously.

Still, it became clear that the window for success was closing. He started to need hospitalizations for tumor-related complications. During one, his abdomen swelled with fluid—due to low albumin, his hospitalist told me during our teleconference.

I gasped. I honestly hadn’t realized how sick my father was. The hospitalist confirmed my father’s growing frailty.

Shocked by the chasm between my father’s rosy view of his health and the medical team’s assessment, I booked a flight home.

After cautiously navigating airports and taxis, an N95 mask on my face and hand sanitizer in my pocket, I finally arrived home—and gasped again when I saw my father’s thin, wasted frame.

I’d come home for two purposes: first, to gauge Dad’s condition; second, to prepare my family for his eventual death. But when I broached the latter with Dad, his response stunned me.

“I’m not going to die!” he shouted in his raspy voice. “I just need to eat more to get my strength back.”

When I raised the question of hospice care and DNR/DNI status, Dad refused to talk about it.

“I want everything done,” he said.

“CPR would only solve an immediate crisis,” I pointed out. “It wouldn’t do anything for the pancreatic cancer.”

“We cannot give up,” he replied firmly. Rising and gripping his walker, he slowly trudged towards his bedroom to lie down. “We cannot give up hope that I will get better. I believe in miracles.”

Later, when I again mentioned hospice care, Mom echoed Dad’s sentiments: “Hospice care is throwing in the towel.” She sought out an oncologist who could offer experimental trials.

It dawned on me that my parents were treating death as an option—an unacceptable choice that Dad could avoid if he wished.

Several days later, Dad was admitted to the hospital again. He clung so fiercely to the idea that he might yet reach “the one-year survival mark” that I began to doubt my own perceptions, thinking, Perhaps Dad will pull through this after all.

I booked a flight back to Utah.

“Julie, come back in a month, when I go through the third round of chemo,” Dad said. “That’s when we will need you.”

Before leaving, I took a picture of the two of us—Dad lying in his hospital bed, me wearing my N95 mask as I hugged him. Not realizing that these were my last moments with my father, I left for Utah.

The next day, Dad’s doctor called to tell me that palliative care would be consulted. Later that day, the palliative-care physician called to say that Dad’s condition had deteriorated; he was having significant pain. They believed that he would qualify for home hospice, but Dad still refused to believe that his disease was terminal.

The following day, his pain worsened. I was surprised to hear that he’d finally agreed to hospice/comfort-care measures.

Later that day, he lost consciousness and needed larger doses of pain medications to stay comfortable. He died soon after.

I don’t know if he’d moved through the stages of grief to acceptance of his death. I can only hope so.

Looking back on my father’s last days, I feel sad about the conversations we had and didn’t have. I feel guilty and regretful about returning to Utah when his time was so short. I feel foolish that I let myself be swayed by his fierce optimism, even though I knew that the odds were stacked against him.

I hope to teach my medical students some of what I’ve learned from my father’s death.

I want them to know that death is not a failure on our part, but something inevitable that we as physicians must learn to accept. At the same time, we may encounter patients like my father, who aren’t ready to accept their own demise, and we must find ways to be with and care for them. We must allow them their vision of reality, even if we do not share it.

It can help to remember that we do share one profound wish—to keep on living.

“I wish we didn’t have to die,” my daughter said recently.

I smiled at her, thinking, Dad probably felt the same.

“I wish we didn’t have to die either,” I answered.

Julie Kallikkadan Thomas is an assistant professor in the division of rheumatology, department of internal medicine, at the University of Utah. “I love medicine; however, I started to feel burnt out by the day-to-day humdrum of clinic. When I joined as a facilitator for the course mentioned in the story, I discovered how writing can be therapeutic. I now use it as method to sort through conflicting emotions, especially during the trauma of my father’s death. The experience was so murky for me, but writing this piece helped me to navigate my emotions and find solace.”

PrevPreviousThe Other Side of the Mask
NextA Doctor’s VisitNext

10 thoughts on “The Fight of His Life”