“Wake up, Eli,” I whisper, tapping his collarbone. “I need to re-check your blood pressure.”

It’s two a.m. I’m seven hours into a sixteen-hour shift in the emergency department of a busy city hospital, running five rooms in the “sick but stable” section with Dr. Watts. (We’ve worked together for several years; the staff calls us Batman and Robin.)

Eli and I are on our third hour. He came in with chest pain. Luckily, his EKG is normal, and his pain has been relieved with a “white slider” (Maalox and viscous lidocaine). He’s being admitted for observation, but there are no beds available upstairs.

Two of my other rooms are also occupied.

Glen, a college student, dislocated his shoulder playing rugby: “We were just horsing around.”

Dr. Watts has explained the shoulder reduction (relocation) procedure to him; all we need is an x-ray.

Belle, just two years old, is crying and tugging her ear. She fought like an animal when I took her rectal temperature. For this, I was grateful: Nothing scares me more than a child who doesn’t fight back. Her father is hoping for antibiotics–and to finally get some sleep. As I hand him coffee and two creams, another patient enters the triage lobby.

Her name is Joyce. Her husband, Walt, is with her. A late-night snack has ended up as a food bolus wedged in her esophagus.

Her GI specialist calls. She will require endoscopy.

“And I’ll be there soon,” he says firmly.

Joyce and her husband are retired English professors. “We’re made for each other,” Walt says, “because we’re both named for famous authors.” (Two of my favorites, coincidentally.)

I attach oxygen tubing and monitoring equipment. They hold hands and laugh when I gently scold Joyce for talking while I’m listening for breath sounds.

Pulling my stethoscope from my ears, I hear the EMS radio chime.

The paramedics are en route with a seventy-five-year-old man who has congestive heart failure and is having trouble breathing. They’ll arrive in ten minutes.

I have the only available room in the department.

I swiftly survey my existing patients. Eli is snoring again. Glenn is still awaiting x-ray. Belle is bouncing on her father’s lap. Joyce continues to smile.

I gather a handful of medications and equipment at the bedside. The technician arrives with the EKG monitor. Dr. Watts stands beside me.

The EMTs barrel in.

My new patient is profoundly ill. He’s morbidly obese and waterlogged, his skin weeping fluid. His eyes bulge, his fingertips are blue, and he cannot speak without gasping.

We work quickly. I cinch the tourniquet, searching frantically for a vein to administer medication in preparation for rapid placement of a breathing tube.

Someone taps my shoulder. It’s Walt.

“Excuse me,” he says. “Joyce really needs to go to the bathroom.”

I peek around the corner. Joyce, still tethered to her gurney by oxygen tubing and monitoring leads, is fidgeting, but doesn’t look actively distressed.

Walt looks surprised–offended, almost. I feel frustrated at his timing, but do my best to remain calm and respectful.

He glares momentarily, then leaves.

Shortly after, we hear a loud racket in the hallway.

The technician has just completed the EKG.

Almost an hour later, the patient is finally stable enough to move to the ICU, and I can get back to the others.

Eli is still snoring. Glen now wears a sling and immobilizer. Apparently his shoulder reset itself during positioning for the x-ray; the radiologist thoughtfully placed the splint. Belle’s fever is gone, and she’s asleep, but her father is pacing. Joyce’s door is closed.

“That noise was Joyce ripping off her leads and jumping over the side rail to get to the bathroom,” the technician tells me.

Although she nearly flipped the gurney, she didn’t get hurt, he adds. “But she also didn’t make it in time.”

Opening her door, I take a deep breath. I’m embarrassed for her, and even though I know that I’ve prioritized my care appropriately, I still feel guilty.

Arms folded, she gazes at Walt, who looks back. Neither looks at me.

I reassess her; she’s still in stable condition.

“Where’s my doctor?” she hisses. “You said he was coming.”

“Soon,” I reply, echoing her physician’s promise of nearly two hours earlier, and feeling frustrated myself at the word’s ambiguity.

I return to the nurse’s station; a bed has opened up for Eli. Dr. Watts is writing discharge instructions that I’ll need to relay to Glen and to Belle’s father.

I take Eli upstairs. As he transfers to the bed, the blanket tangles around his arm and pulls out his IV line.

“Sorry, doll,” he laments. We both know it’s his only good vein.

“Are the nurses up here any good at sticking?” Eli asks. “Can you fix it?”

It takes me fifteen minutes.

When I return to the department, Belle’s room is empty.

In her chart, another nurse has written: “Patient’s father very angry. Came from room and shouted, ‘Where the hell is that goddamn nurse?’ Discharge instructions given. Requested name of ER director. Patient stable, sleeping until the exchange occurred, now tearful, but in no distress.”

Joyce’s doctor finally arrives and takes her for endoscopy.

“Take care,” I whisper, touching her shoulder. She doesn’t reply.

I peer into Glen’s room. He waves with his free hand and smiles.

“Remember me?” he chuckles.

Dr. Watts, elbow-deep in a stack of medical records, looks at me and laughs.

In spite of myself, I laugh as well. I pick up Glen’s chart and explain his discharge instructions.

Stacy Nigliazzo is a poet and an ER nurse. This is her second story in Pulse–voices from the heart of medicine; her work has also been featured in JAMA, American Journal of Nursing and Bellevue Literary Review. Her poem “Relic” was a finalist for the 2012 Marica and Jan Vilcek prize for poetry. Of the story above, she writes, “Hardly a day passes without some mention of the dangers and frustrations of hospital overcrowding. We’ve all heard stories about extended wait times and what is seen as provider neglect in the ER. This story is my attempt to approach the issue from the nurse’s perspective–to present another side of the story.” 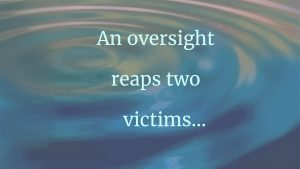 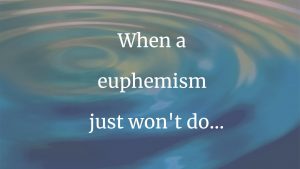 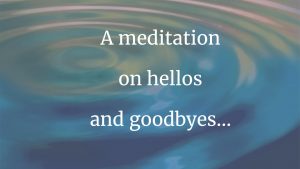