Some of the Hardest Weeks 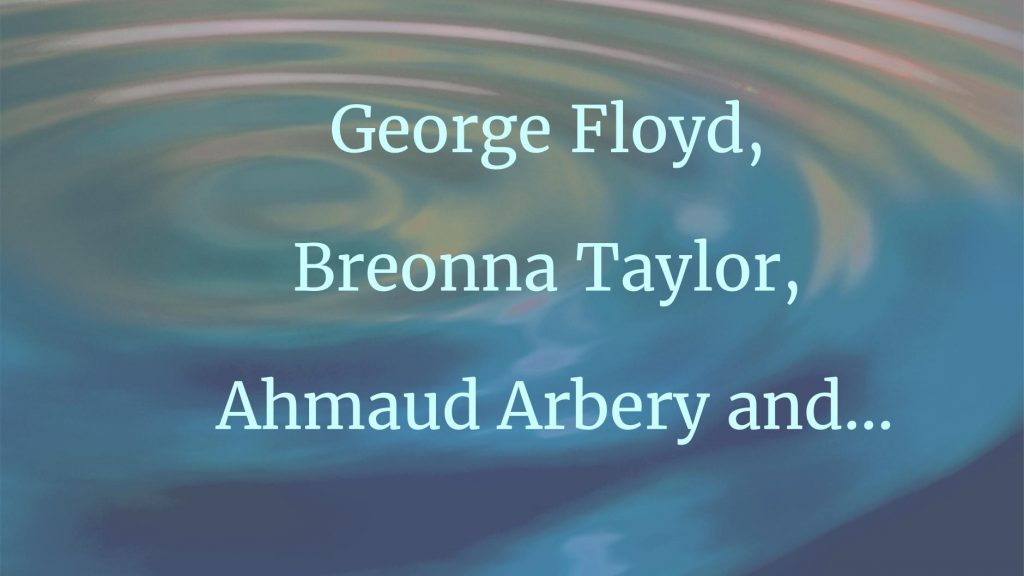 Editor’s Note: Since the end of March, Pulse has been carrying special edition pieces on the impact of the COVID-19 virus on patients, families and healthcare workers. In response to recent events, we bring you this special edition on Racism, which is also the theme of this month’s More Voices. In weeks to come, we hope to continue addressing both Racism and COVID in our special-edition series.

Today’s piece is by Ladi Oki, a physician colleague. This is not a typical Pulse narrative. It is true to Pulse’s mission, however, in that it explores the impact of events on an individual’s heart and mind.

These past few weeks have been some of the hardest I have ever been through.

Smartphones have fundamentally changed how we, as a society, experience police violence against communities of color. I’ve been haunted by the visual document of people who look like me–like brothers and sisters, like my parents, like uncles and aunts–having their lives extinguished. I have only been able to sleep a couple of nights over these past few weeks.

These smartphone videos have also changed the conversations around what I would call systemic state-sponsored police terrorism. There is no longer any ambiguity; these situations are no longer “he said/she said.” For decades, Black people have been shouting that this was happening; for decades, police have been lying. It’s only recently, with these videos, that the facts are speaking for themselves, and that our white counterparts are seeing our stories. No longer can anyone feign ignorance.

And now, needing visual evidence to be believed feels like a continuation of the traumatization of my community.

I think back to my youth, growing up on names like Rodney King, Amadou Diallo, Sean Bell and many more. Hearing their murderers praised while they themselves were often demonized after death. Understanding that the US viewed me as less than, not worthy, not human. Realizing the brutal fact that my mere existence places me at risk. I think about my youngest brother (twelve years younger than me) who grew up with the names Trayvon Martin, Sandra Bland, Tamir Rice, Michael Brown and many more. I think about a Black kid today who will always remember the names Breonna Taylor, Ahmaud Arbery, George Floyd and many more.

I’m engaged to be married and may someday have children who will have their own set of names burned into their memories and nightmares. By the time I think to have the conversation with them, the world will already have shown them the truth.

I think about my parents, who came to this country as adults. My father telling me about the first time he was pulled over and realized that it was because he was Black. How he learned what areas to avoid driving in. I think about the American (and Western) myth of equality.

I start thinking about next steps while finding myself overcome by frustration and anger. I reflect on the media coverage of the protests, the false equivalence that deems state-sponsored murder and the righteous outrage of an oppressed populace to be “equally bad.” The call for peaceful protests and the reality of not-peaceful police; the condemnation of those in pain; the condescending “right way to protest” narrative. The invocation of MLK by people who never have anything to say when the camera-phone video of a cop killing a Black person goes viral.

They want things to go back to normal, but I don’t want that to happen.

“Normal” is the state that enabled COVID to inflict illness and death so much more ferociously on communities of color than on others. “Normal” is a state that allows white people armed with weapons to march on the state capitols because they want haircuts, and to receive presidential support for that, while demonstrators against Black murder are met with tear gas, rubber bullets, curfews, presidential threats and more death.

Here is my request to my Black friends, colleagues and coworkers: Please take care of yourself. Act/demonstrate however you see fit. Don’t let anyone tell you how to process your pain/anger/fear/frustration. BE YOU. This burden we carry is heavy and destructive and was forced upon us.

To my white colleagues, especially those who consider themselves allies: I thank those of you who have reached out and sparked conversations individually and within groups. But acknowledging our pain and making us feel heard is no longer enough. I ask that you start looking for ways that you can combat systemic/institutional racism and follow through. Become anti-racists. Acknowledge the privilege and power you have been given by society, and use it to break systems of oppression.

We can’t go back to normal. We can’t.

Ladi Oki is an assistant professor of family medicine at the Albert Einstein College of Medicine and faculty in the Department of Family and Social Medicine at Montefiore Medical Center, in the Bronx. “I enjoy meeting the students and residents here who will go on to push the world forward. I was inspired to write this piece after seeing how different the conversations around the murders and protests were in different settings (institutional, social, media). I wanted to frame my own narrative.”

3 thoughts on “Some of the Hardest Weeks”