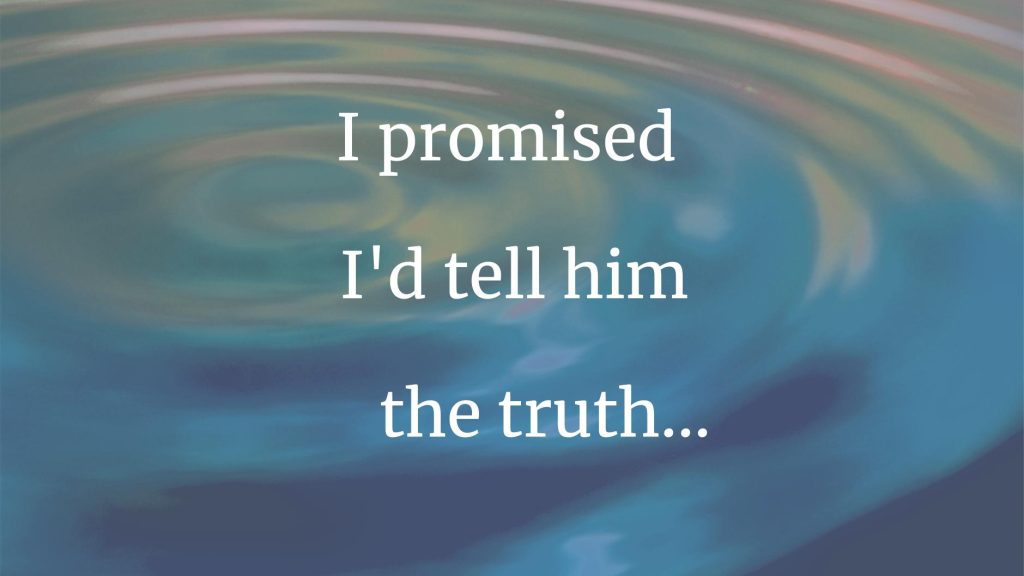 A full head of white hair.

Each in its place.

A full head of white hair. That’s what I see in my minds’ eye, when I close my actual eyes and conjure up my grandfather.

An accountant by training, occupation and lifestyle, he did everything meticulously. From the comb of his hair to the cut of his cuffs to the tip of his meticulously sharpened number 2 pencil.

He insisted on the pursuit of perfection.

He insisted on principle. He had no patience for equivocating. He’d not countenance appeasement. He once told me, “Show me a person who has no enemies, and I’ll show you a person you can’t trust.”

I’m not sure that he had any actual enemies. But in his day, he could surely get folks riled up. And he knew whom he trusted, and who had forfeited that trust.

He had a temper. He was quiet in most things, but if he were pushed far enough, his famous temper could boil over. And you couldn’t miss it. His anger was loud, it was passionate, and it seemed to come from that place where volcanic energy bursts forth after building for millennia.

And then the energy dissipated, and calm returned.

And he expressed that love, freely and simply—with a word of encouragement when things were tough, a hug, the transfer of a few dollars of spending money, by sharing a seemingly limitless supply of Life Savers Pep-O-Mint candies or Luden’s menthol cough drops, and by saying the simplest (yet sometimes hardest to utter) phrase, “I love you.”

He lived in Brooklyn, and my family on Long Island, having moved there when I was seven years old. When I was growing up, my parents, sister and I would regularly visit my grandparents, aunts and cousins in “the city.”

Attending both college and medical school on Long Island, I was able to maintain a tradition of regularly sharing lunch with my grandfather, although, regrettably, the frequency of those visits waned with the time pressures of medical school and residency. I’d drive to Brooklyn (driving in from “the country,” he’d say), and we’d walk to our usual restaurant, Seniors, on Nostrand Avenue. Eat our usual meals (spinach omelet for me and, eggs over easy for him).

And he’d regale me with chat and wisdom. From how the stock market worked to the importance of loyalty, there was always something to be learned from him.

Then one day, my grandfather turned yellow. At the time, I was a third-year medical resident. I had so many facts in my brain, I didn’t think there was room for any more. I was three years into being a doctor, and still many years from becoming a physician.

I knew all about painless jaundice, which was what my grandfather had, and the pancreatic masses that usually cause it and the procedures to diagnose and treat it. I understood the typical progression of pancreatic cancer and its poor prognosis. I’d seen it, I’d cared for patients with it, and I’d felt defeated by it.

But this time it was my grandfather.

I drove again to Brooklyn to meet him—not in a restaurant this time, but in his hospital room. It was the day before his scheduled diagnostic procedure, in which his physicians would use a scope to look inside his stomach and inject dye into his pancreas. His jaundice was textbook-perfect: symmetrical, even, all-covering. Unmistakable.

Before I left for the hospital, I spoke with a family member as concerned about his welfare and as frightened of the future as I was. Our discussion ended with my relative instructing me, “Whatever he asks, don’t tell him it might be bad. He doesn’t need to know that.”

Once more, we talked, my grandfather and I. About the stock market and loyalty and baseball. Our conversation was at eye level, he sitting on the side of his bed, I in a bedside chair.

When the time came to leave, I stood up. He still sat on the side of his bed, but now I gazed down on him from above. In years to come, as I made the transition from doctor to physician, I realized that our positioning mirrored the doctor-patient relationship as perceived by his generation.

“I have things to finish, people to say goodbye to. So if I’m dying, promise me you’ll tell me.”

With my relative’s admonition echoing in my head, I lied.

The following day he had his procedure. Hours later, he developed a fever. An infection (likely caused by the procedure), then sepsis, then, in a period of two or three days blurred by the passage of time, death. The cruel irony: His pancreatic cancer never got the chance to kill him.

In those final days, although we never again spoke, he taught me one last lesson: to do the right thing, the thing you know in your gut is correct.

Or live with the regret I’ve felt for years.

Eric Last is a clinical assistant professor at the Donald and Barbara Zucker School of Medicine at Hofstra/Northwell. He has practiced primary-care internal medicine on Long Island for more than thirty years. His essays have appeared in Annals of Internal Medicine, CLOSLER from Johns Hopkins Medicine and Narrateur, the literary journal of the Zucker School of Medicine. “Through so many personal and professional episodes, I’ve found writing to be therapeutic and cathartic, a way of expressing myself and processing events and emotions. Writing is also my way of sharing and, hopefully, teaching through my experiences and perspectives. My grandfather’s story has been percolating in my mind for years, and recently came to fruition. Its publication gives me a sense of closure and completeness about a difficult chapter in my life.”