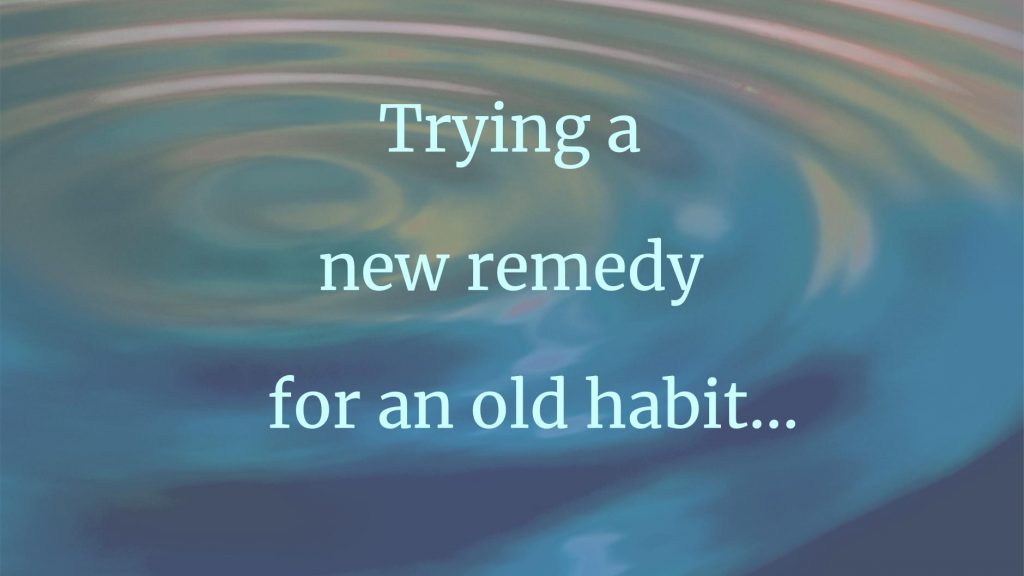 A few months ago my friend Phil gave me a newspaper clipping from the Sunday New York Times on body-focused repetitive behaviors, from nail-biting to hair-pulling to skin picking. I know he gave it to me because he wanted to help me with my own problem. He’s heard me express my frustration about it at the support group for faculty in our family-medicine residency.

Now semiretired, after forty-two years of practice in our community-health center, I am the senior person in this group. Over the years I have talked several times about my problem: picking at my scalp. I’ve usually spoken at times when the group was cohesive and stable, and I felt ready to be open about something that others might have seen me do. I found that talking about the problem tended to reduce its intensity, but not make it disappear.

I know that I started “doing it” before age fourteen, because I have a picture of me in eighth grade, sitting with a friend and looking at the same text or book, my hand in its telltale location on the back of the crown of my head. I often “do it” while reading or physically immobile in a car, a meeting, a class, a lecture, a library. 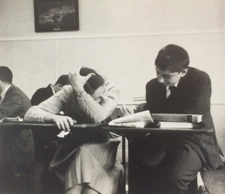 One time it went away for a few months, following a traumatic crush injury to my foot–months when I was on crutches and initially in substantial pain. I hoped it would stay away, but it wormed its way back into my habit life. I have tried various rules–not here, not there, not this part of my head, not for this long–but such legislation doesn’t work. I have found that if I pick off one scab, I will not be able to stop from doing others.

Washing my hair gives me a fresh start. Keeping my hands busy, or in general being busy with cooking, plants, gardening or other manual tasks, keeps me away from it. Once I sit down to do something quiet (usually read or do a Sudoku), it starts. Sometimes a boring drive will trigger it. I am not always aware of the urge, and if I start a little bit, then I’m at it. Lectures and passive watching of educational events like webinars are the most difficult times.

Over the years I have, of course, seen patients with similar picking habits. The telltale scars cover every part of their bodies that they can reach. I have gently told them that I recognize their habit, and that I know it’s a tough one to break. They don’t ask for advice and, not having any answers myself, I don’t offer it.

I appreciated my friend Phil’s quiet thoughtfulness in passing me the article. His loving smile told me how much he wanted to help.

The article mentioned an online database of clinicians trained to treat these behaviors. Looking at the website, I was drawn to the images of a bracelet, similar to a Fitbit, that tracks the behavior you want to extinguish. You train this bracelet, the Habit-Tracker, to recognize when you are starting the behavior. When you do, the bracelet vibrates or buzzes, alerting you so that you can stop.

You train the device to work on one hand, so if you do the behavior ambidextrously, you might need a device for each hand. The website’s help staff said that for some people the bracelet’s feedback can inhibit both hands, but that for other people, the hand without the bracelet starts to take over. If you buy two devices–one for each hand–you get a $30 discount on the second one.

I wondered if I would belong to the first group of people, or the second. I wondered whether, if I ordered the second bracelet within a week of the first, they might still give me the $30 discount. And if not, what’s $30 if the damn things work?

Of course, the device’s success depends on how firmly you’re resolved to obey its prompts. But, as I’ve learned painfully, some habits are so powerful that they override a person’s resolve. Being at the mercy of habits leads some people to gamble all their money away or go to jail or get bad diseases. I am lucky: The worst consequence I suffer is a headful of sores–and, once in a while, a few swollen lymph glands.

Actually, the very worst is knowing that I have never been able to get over it/past it/free of it. That’s the worst–the shame of it. Of people seeing me do it. Of not being able to stop. It would be so good to be able to stop. Much better than giving up Sudoku. Much more freeing. But I would have to decide. And that would be so hard. I couldn’t have that satisfaction of pulling the scab off, of having the area feel smooth instead of rough. Of the satisfying sensation of having removed the protruding dead scab and gotten the skin surface flat.

What could I give myself that would be worth the loss of this habit, with its comforting familiarity, after almost sixty years? No easy answers here. I can rationalize the cost–less than two visits to any psychologist, plus time lost due to travel, parking, waiting, explaining, verbalizing (to yet another person) about this personal shame.

Everyone who knows me well–my family, my friends, the support-group members–knows that I suffer from this. But in medical education there are always new young learners, and I’m not keen to have young people see my shame. They are less likely to be forgiving, I believe, and more likely to be judgmental and possibly disgusted. It’s hard enough managing the limitations of getting old without having yet another thing that I feel I have to hide.

When I investigated, it turned out that two therapists in my city offer cognitive-behavioral therapy for this behavior. (Although I have thought of CBT over the years, I never knew of anyone who worked on this specific problem.) But at this point, I was more interested in trying a solution that didn’t require making more appointments. So I sent off my $149.

After a few false starts–a bracelet that fell off in an airplane, the challenge of training the two devices to stop vibrating when I type and to vibrate only when I pick–I think I am seeing some improvement.

I am doing it less. The habit trackers are very helpful, I find, during the hour of silence in Quaker meeting every Sunday.

But for the devices to work, you have to wear them all the time, and I can’t do that because I am moving my arms and hands around for all sorts of things. So it’s a balance.

I try to wear them at times when I know it will be hard not to pick, but then take them off for exercise, cooking, cleaning up the kitchen and so on. When I finish and sit down to read a medical journal or a catalog, it starts.

Still, the habit is better.

As a final confession, I am hoping that the process of writing about it–going public, putting it out there–will also help drive it away. So if you know me, and you see me with bracelets on both wrists, you will know that I am still struggling with it.

But if someone I don’t know asks why I’m wearing two Fitbits, I will probably just tell them that I am checking to see if they both work.

Lucy Candib practiced family medicine (which included the delivery of babies) at the Family Health Center of Worcester, MA, until four years ago and continued teaching at that site until the pandemic began. She also teaches and conducts medical evaluations with UMass Medical School students for people seeking asylum in the US. In addition to writing many articles and book chapters, she published Medicine and the Family: A Feminist Perspective (Basic Books, 1995) and coedited, with Sara G. Shields, Woman-Centered Care of Pregnancy and Birth (Radcliffe Medical Press, 2010). “Like many people, I used to think that I could only write when I feel inspired, but I have learned that writing helps me to figure out what I actually think.”

10 thoughts on “My Own Intervention” 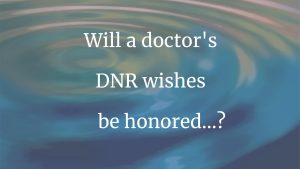