My Love Affair With Jude

In August 2016, our daughter Rachel and her husband Alberto traveled up from Memphis with their two children, Noel and Jude, to visit my wife and myself in Dayton, Ohio.

One afternoon during their stay, I was sitting in my favorite reading chair beside our kitchen area. Glancing over my shoulder, I saw seven-year-old Noel playing. Beside her, lying tummy-down on the floor, was three-year-old Jude. He was in a trance, fixated on the screen of his LeapPad computer tablet, his “most favorite toy in the world.”

Seeing Jude there triggered something inside me. We’d always gotten along well. He would come to me, and I’d pick him up, cuddle with him and carry him around. He enjoyed being gently tossed in the air or having me hold his legs and raise him so he could touch the ceiling. He loved the water, and playing with him in the pool was always a great time. But now, something told me that I hadn’t really reached out to connect with him at his level.

Many times I’d wondered, What will happen to him when he grows up? How much will his limitations affect him? Will he ever live independently? Who’ll care for him when he outlives his grandparents and parents? I knew too little about the life of an adult with Down syndrome and often thought that I should learn more. 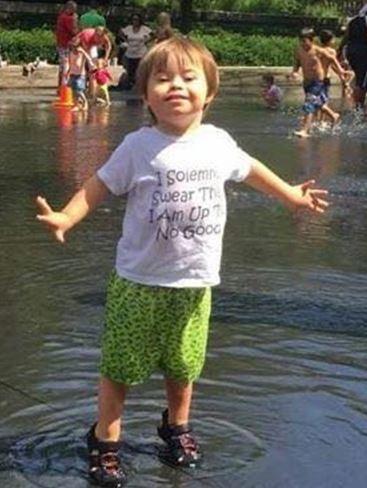 h, I’d asked my friends and colleagues in family medicine about kids and adults with Down syndrome. I appreciated that there is a wide range in their abilities, and that no two people are alike. For instance, I’d learned of a young man with Down syndrome who was working in a medical school’s department of family medicine. Still, I couldn’t helping wondering what kind of life Jude had before him.

Mostly, I just loved him to pieces. How can you not love this child? You can see the vitality in his eyes in this picture. He was a delight!

Watching him play on the kitchen floor, I recognized that a part of me had held back from fully engaging with him. “Held back” is perhaps too strong; it was more that I was concerned. But I did see that, as long as my uncertainties were getting in the way of my spontaneous responses, the distance between us would remain.

I wanted no reservations. I wanted to love him unconditionally, just as I did all of our children and grandchildren.

How, in this moment, was I to make that happen? Would my doubts and reservations blunt my ability to be present to Jude and to love him?

Well, there’s no time like the present, I thought. Let me make a real effort to connect.

Who knows where these impulses come from? As in the country-western song “Timing Is Everything,” I decided, We’re in the same room and close to one another, so the time must be now, whether he’s ready or not!

My years of counseling experience have taught me that you have to reach out to others where they are. Jude was lying on the floor, immersed in his LeapPad. If I was going to reach out to him, I needed to get down on his level, literally. 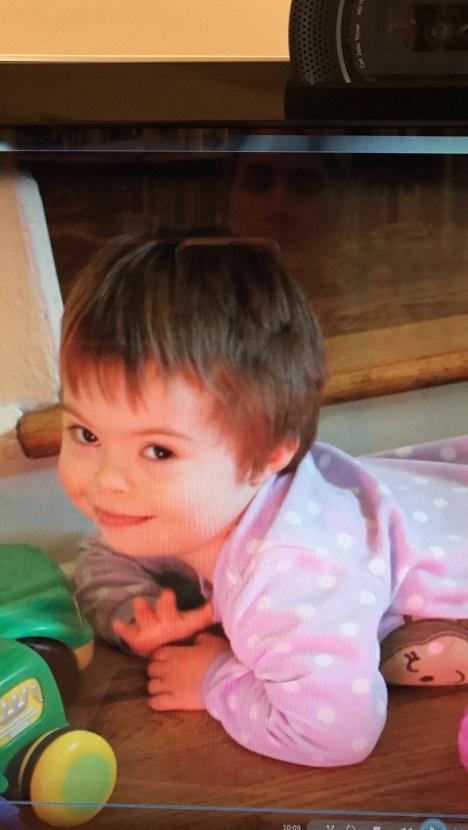 I knew that once Jude was in his LeapPad trance, he could be there for a long time.

Nonetheless, I got down on my belly and positioned myself about three feet away from him, head to head.

At first he didn’t seem aware that I was there. It was a good fifteen minutes before he looked up, eyed me briefly, then went back to his LeapPad.

A few minutes later, without looking up, he lifted his right hand, keeping his wrist and elbow on the floor, and waved hello.

I really wish that I had all this on video. It was a priceless gift of understatement on his part. It made me wonder if he’d inherited his grandpa’s minimalist style of humor.

Somehow, though, through this fleeting interaction, we forged a deep connection. How do I know? Let me tell you the rest of the story.

For many months, our daughter and her husband had struggled to get Jude to sleep at night. His bedtime routine had evolved into an elaborate ritual that involved his father’s putting him into the car and driving him around Memphis, hoping that he’d fall asleep. It worked, but only after quite some time. This added a great deal of stress to their lives–Rachel and Alberto had to rise early each morning to get Noel and Jude ready for school and day care before they themselves headed off for a full day of teaching.

On the evening of Jude’s and my floor-level encounter, I was again sitting in my favorite reading chair as the bedtime ritual began.

Rachel and Alberto tried to put Jude to bed in the bedroom with his sister. As usual, he was having none of it. Preparing for round two, they brought him downstairs.

Not wanting to burden me, they said, “No, we’ll take him in the car and drive around the neighborhood.”

Reluctantly, they did so–clearly seeing me as a victim of wishful thinking–and departed for another wing of the house, leaving us alone.

Jude wiggled and squirmed and twice tried to crawl over me to get to the floor and make his escape. Each time I simply said, “No, Jude you’re staying with me.” Hugging him gently, I made it clear that I would not let him go.

After the second try, he settled down and fell asleep. He was out like a light. It was over in less than fifteen minutes. You can see in this picture the reward for my efforts.

When Rachel and Albe 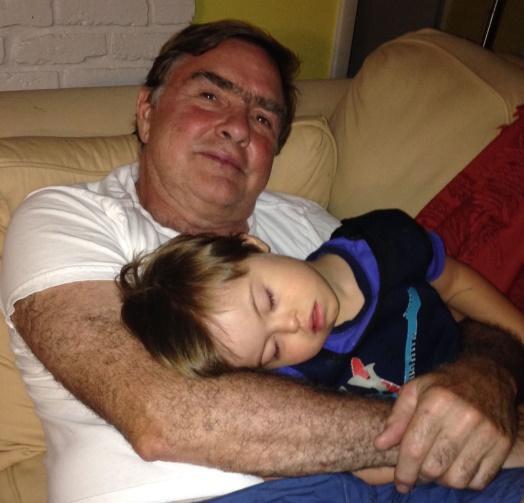 rto peeked into the room, they were stunned to see Jude asleep, with no sign of a fight.

I can’t fully explain what happened, but I believe that the connection Jude and I had formed earlier that afternoon prepared the way.

The end of this story is dramatic and heartbreaking.

A few weeks after the visit, Jude died.

He developed an infection that turned into sepsis, an overwhelming infection. It put a swift and tragic end to his brief life. Our whole family was devastated.

We will always miss Jude. Even while I grieve his loss, though, I also feel so thankful for that impulse I said yes to, that summer afternoon.

Each time I remember it, I realize that now is always the right time to act on an impulse to love. No matter when you read this, take the time today to connect with and love those you hold dear.

Laurence (Larry) Bauer is a father and grandfather who cherishes family. He is chief executive officer of the Family Medicine Education Consortium and is a “healing warrior” who enjoys building a community of people and organizations working to create a primary-care-driven system in the US. He’s an active supporter of all those in the healing community, and an occasional writer who is inspired by the mysteries of life. He also enjoys reading, running, basketball and gardening.

23 thoughts on “My Love Affair With Jude” 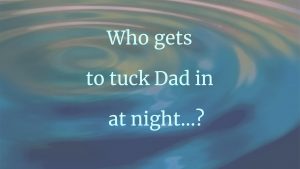 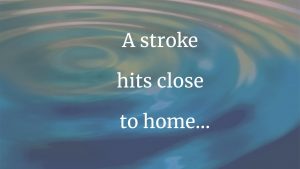 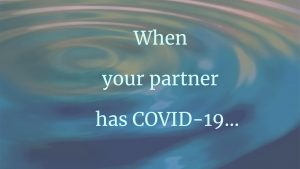 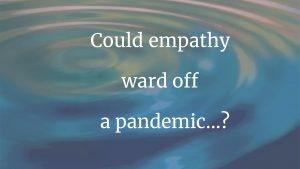 An Ounce of Empathy