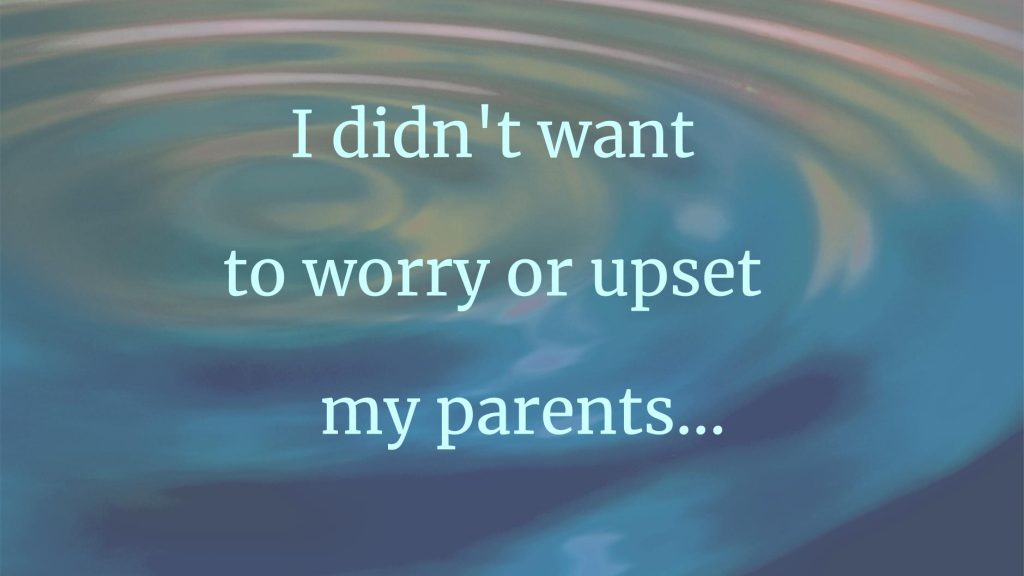 I am a seventy-year-old Jewish grandma and a retired women’s health nurse and educator. I’ve enjoyed many blessings.

Three months ago, the constitutional right to abortion was reversed. Reflecting on that Supreme Court decision led me to share my own experience. I hope my story will help other women considering an abortion to know that they are not alone.

As a teenager, I probably first learned about pregnancy prevention from friends. In 1971, as a sexually active nineteen-year-old, knowing that only abstinence was failure-proof, I went to the local Planned Parenthood office for birth control. At the time, this meant oral contraceptive pills, which had been available by prescription since the early 1960s.

When Roe v. Wade was decided, on January 22, 1973, I was in my third year of nursing school. I don’t recall how I heard about it, but the news traveled fast on campus and was widely cheered.

A year later, while working at my (horrible) first job as a registered nurse, I embarked on a brief intimate relationship. I’d switched to an intrauterine device (IUD), because it had fewer health risks and no hormonal side effects. Unfortunately, the IUD had become dislodged.

When I went to Planned Parenthood to have it checked, their first step was to give me a urine pregnancy test.

Oh, shit, I thought, dismayed but not completely surprised (my period was a bit late). I felt pretty stupid not to have had the IUD checked sooner.

The clinician started to discuss my options, but I stopped her. I was already certain that I wished to end the pregnancy. I was single and just starting in nursing. I wanted to continue moving toward my goal of being financially independent in a meaningful career. My relationship with the man had ended; I didn’t need or want him involved in my choice.

Surgical abortion, recently legalized, was the only procedure available. It cost $450. Luckily, I had earned that much and more by waitressing and by selling my homemade bread and granola at the local farmer’s market.

I didn’t want to worry or upset my parents, so I never told them. In fact, I don’t recall telling anyone. University friends had dispersed, and my nursing job’s frequently changing shifts left me too exhausted to do much to make new friends.

An understanding clerk at Planned Parenthood helped me to schedule the necessary appointments for the following week. Then I settled in and waited.

Pre-abortion appointments were made on Wednesdays. At that appointment, the attending nurse told me what to expect: “You’ll have a pelvic exam, then feel some pain, like bad menstrual cramps.”

Dr. Evans was an older gentleman who treated me with dignity and respect. His manner reassured me that I was getting safe, professional medical care. Examining me gently, he confirmed that I was about six weeks pregnant. In preparation for the procedure, scheduled for the next day, he placed a two-inch stick-like device in my cervix to help it soften and dilate.

Thursday, I went back to the clinic and waited nervously until my name was called. Again, a female nurse was present to assist Dr. Evans and provide me with emotional support. Together, they explained what would happen next.

“You’ll hear the loud whirring of the suction machine. Then you’ll feel a lot of cramping, and significant pain. It will take about three minutes.”

I remember the sound of the vacuum that dislodged the tiny embryo, not yet a fetus, from my uterus. After a few long, painful minutes, there was silence.

“It’s all done now, you can relax,” I was told. “You’ll stay in the recovery area for an hour, so we can check on how you’re doing.”

During that hour, I cried a lot, overwhelmed by being so alone in this experience, and exhausted from my stressful job. The recovery nurse checked my blood pressure, pulse and temperature every fifteen minutes. Then Dr. Evans came and sat down beside me.

“Crying’s a normal reaction,” he said kindly. “Everything went well. You may go home when you feel ready. Take it easy tomorrow and through the weekend, if you can. We’ll see you back here in two weeks.”

“I’m okay,” I responded. “Thanks for your help. I was sorry to be in this situation, but I’m relieved to have it over with.”

Before discharging me, the recovery nurse gave me these instructions:

“Check your temperature daily. Contact us at this phone number if you have a fever, chills, increased pain or more bleeding. We’ll see you back here in two weeks. Then we’ll discuss your future plans for avoiding another unintended pregnancy. For now, to help your body recover, and until we can get you back on a birth-control method, do not have sexual intercourse.”

I followed these instructions exactly and took Friday and the weekend off before returning to work. With this expert care, I didn’t have any complications.

The 1973 enactment of Roe v. Wade, which legalized abortion, affected me both personally and professionally. It contributed to my decision to become a women’s healthcare clinician, advocate and educator.

At the time of my abortion, I had no sense of my tiny place in the dramatic history of reproductive rights and family planning. I did know that before the Roe decision, many women had gone to untrained abortion providers—and that considerable numbers had died from complications like infections or hemorrhage.

In my four decades in nursing, I taught many clients and students about all of their family-planning options—and I heard abortion stories from women of all ages. Many survivors of illegal pre-Roe abortions had uterine scars that made it impossible to conceive later on, when they felt their circumstances were more favorable for raising children. Women with this scarring were also more likely to suffer life-threatening ectopic pregnancies.

I never felt any regret, guilt or embarrassment about my own decision to have an abortion, and I had no other unintended pregnancies. I was able to continue my nursing career and pursue another lifelong passion, making art.

I married in my twenties and raised two wonderful children. They’ve grown to be fine, responsible, happily married adults, with children of their own.

Looking back on my circumstances and life decisions, I feel very fortunate that I had the right to choose.

Abbey Pachter retired several years ago after forty years as a healthcare professional. After graduating with a PhD in nursing at the University of Pennsylvania School of Nursing, she enjoyed many years in academia and as a clinician in all aspects of women’s health, including ten years as a certified nurse-midwife and ten years as a project manager in healthcare informatics during the dawn of electronic medical records. She started and ran the nursing program at South University’s Virginia Beach campus and wrote graduate and doctoral-level courses. This is her second story to appear in Pulse. “In the past few years I thought I’d reinvented myself as a writer before realizing that I’ve always enjoyed writing; it’s just taking new forms.”

14 thoughts on “My Abortion Story”