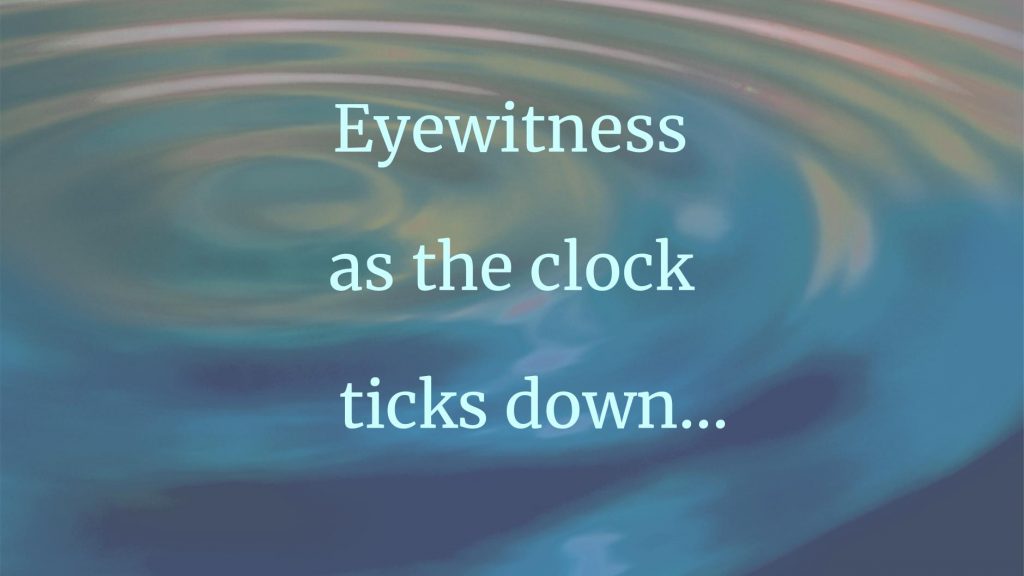 It was a Saturday afternoon, and I was a second-year medical student doing a clerkship on the hepatobiliary surgery service (specializing in the liver and bile ducts).

I felt a pang of disappointment: Now I couldn’t go home until after dinner. But there was no use complaining. I followed Sophie to see the transplant recipient, Mr. Franklin.

A white-haired man about sixty, he sat in his hospital bed, legs crossed, as if he were at a spa.

“I’m getting a new liver today!” he exclaimed, smiling.

I understood Mr. Franklin’s excitement: He had liver cancer, but if all went well, in a few hours he’d be cancer-free.

Happiness was followed by another disappointment. I’d picked this clerkship because a friend had said that, for liver transplants, I’d get to fly with the surgeon on a private jet to harvest and transport the organs to our hospital.

This time, however, the organ donor was at a local community hospital. The transplant surgeon, Dr. Connor, led us to a black SUV, and we drove forty minutes in silence to the hospital.

Waiting for the OR to be ready, we sat in an empty conference room. To the background mumble of a TV home-improvement show, Dr. Connor and Sophie discussed the procedure, using terms that were incomprehensible to me.

Dr. Connor turned to me. “What we’re about to do is ghoulish,” he warned. “Sometimes in medicine, we think that we’re weak or uncommitted if we have to take a break. This isn’t one of those times.”

“What happened to the donor?” I asked.

“I don’t know,” he said. His answer puzzled me; I’d thought we would need to know the cause of death to ensure that the donated organs were healthy.

“I used to know every case,” he said regretfully. After a few awkward seconds, he pulled out his phone and scrolled to the patient’s chart.

“Overdose,” he read, then put the phone away. I wanted to ask more, but sensed that he didn’t feel like talking.

“This won’t be a typical procurement,” Sophie explained. The donor had retained some brainstem reflexes, so could not be declared legally brain-dead. This necessitated a “donation after cardiac death.” The patient’s ventilator would be removed, and his heart must stop beating before an incision could be made. This would deprive the organs of oxygen–and since organs suffer irreversible damage without oxygen, the procurement must be extraordinarily swift.

Dr. Connor looked at me again.

“Try to do what I say, and don’t get flustered if I yell,” he said, a bit apologetically. “We just have to hurry.”

Suddenly I felt as if we were on a bomb-defusing mission. We had thirty minutes in which to open the donor’s body, drain the liver of blood and remove it. A timer would be started the instant the ventilator was removed, and stop only once the liver had been harvested. We faced two opposing risks: If we worked too slowly, we would starve the liver of oxygen, but if we worked too quickly, we might damage a critical blood vessel. Either way, the liver would be unusable, and Mr. Franklin wouldn’t receive a transplant.

Finally it was time. We walked to the OR, where several nurses awaited.

“I cannot see the family,” Dr. Connor told them firmly. I wondered if he’d had painful experiences with donors’ families in the past.

“The family will use a different hallway when they leave, so they won’t run into you,” a nurse answered. He nodded.

We scrubbed in, then waited in a separate, windowless room as the family said their goodbyes.

“The donor has been extubated,” the nurse told us. The timer began. For the next sixteen minutes, she received text updates from the OR on the donor’s vital signs. Finally she announced, “Heart rate: zero.”

A life just ended, I thought, feeling dizzy at the finality of this. Following protocol, we lingered five minutes more to rule out an occurrence of the extraordinarily rare Lazarus syndrome, in which the heart spontaneously resumes beating.

As we waited, Dr. Connor, Sophie and I exchanged anxious looks. Once the procedure began, we’d have only nine minutes to salvage the liver.

When it was time, we hurried into the OR.

A young man about my age lay on the table, as grey as a stone. Around him milled five nurses and two scrub techs who handled the surgical equipment. Everyone had a job to do except me.

“We need the drapes. Get the drapes!” said Dr. Connor.

I stood at the young man’s side, watching the chaos unfold. I gazed at his pale hand, imagining his mother holding it just minutes ago. It was such a sterile environment in which to say goodbye; I couldn’t begin to imagine her sadness. Everything already felt ghoulish, and it hadn’t even begun.

Dr. Connor took the scalpel and made an incision from the neck to the groin. There was a flurry of hands and metal. Sophie sawed through the breastbone and cranked it open. I grabbed the intestines and pulled them aside so that Dr. Connor could insert a tube into the aorta while Sophie clamped it from above the heart.

Sophie cut the aorta from the heart and placed a tube inside it to send preservative fluid throughout the body. As we suctioned out blood, the meaty red liver faded to gray.

In only three minutes, the job was done.

With the liver on ice, our pace relaxed. Meticulously, Dr. Connor and Sophie cut the blood vessels and tissues connecting the liver to the body, working around the ice with cold hands. A nurse approached, holding a notecard.

“The family gave me some words to read,” she said.

“Is it okay if I keep working?” asked Dr. Connor, not looking up.

She paused, then read: “Our son was a loving, generous and smart young man, whose life was cut short at twenty-five. His passion was marine biology.”

I looked down at his hand again, my eyes watering. In the face of this profound moment, I felt small.

“May he be remembered with this final act of generosity,” she continued, “and may his spirit live on through the gift of his donation.”

We finished. Carrying a cardboard box that held the liver and its cooler, I walked out to the waiting SUV, slid the box into the trunk and hopped in.

Back at our hospital, I brought the box to the OR. Picturing Mr. Franklin, now anesthetized and awaiting his new liver, I smiled.

As Dr. Connor unpacked the liver and began preparing it for transplant, Sophie leaned over to me.

“You’re free to go, if you want,” she whispered.

I stood there, thoughts jumping back and forth in my mind.

Something terrible happened today–a mother lost her son. His gift is about to cure someone’s cancer. We’re giving the gift of life.

I waited for a second, hoping to catch Dr. Connor’s eye and thank him. Gazing down intently, fingers moving fast, he was too focused on his work to notice me.

Unlike me, he did not have the option to take a break. I knew that I would never forget what I’d seen today. His dedication and skill would remain etched in my memory.

Austin Triana, a fourth-year medical student at the Vanderbilt University School of Medicine in Nashville, is planning a career in internal medicine. “I have loved writing for as long as I can remember. To me, it is a way to understand, absorb and share meaningful experiences, and these powerful moments are not uncommon in medicine.”