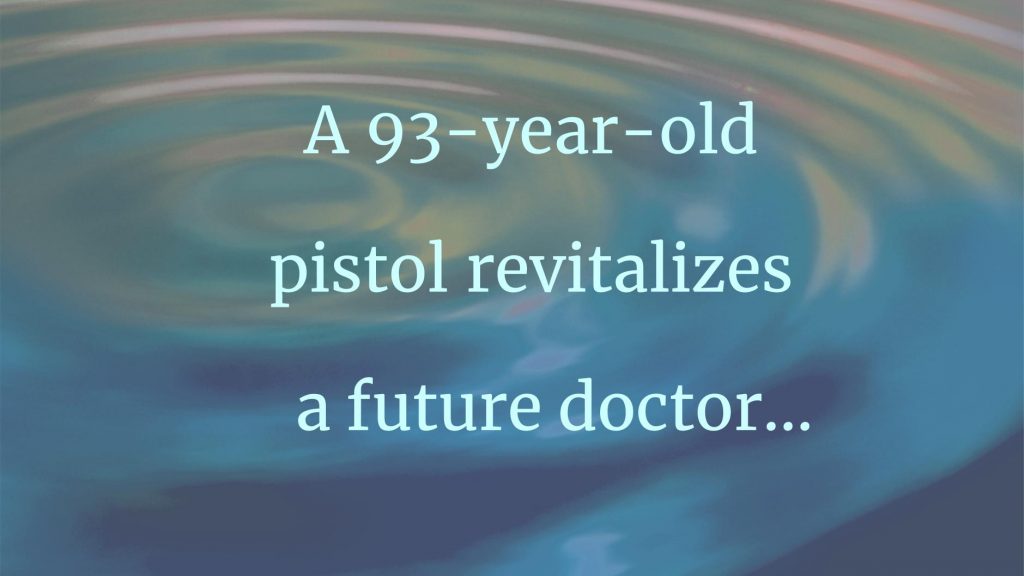 “Eleven years ago, I wasn’t as old as I am now—which is a funny thing!” Virginia Mitchell tells me.

She’s dressed as if she picked her clothes using yellow Benjamin Moore paint samples: bright canary shirt, mustard pants, daffodil leather shoes. Last week’s theme was purple, topped off with a violet scarf; another time it was green, accented with a chartreuse ascot. Her outfits are always accented by her electric-red-framed glasses, which seem to embody her spunk. She refused to move into her new apartment until the management painted the front and back walls Hot Tamale Red (Benjamin Moore #CSP-1155).

“My red walls are an innovation,” she says.

Virginia is ninety-three. She lives in a continuing-care retirement community (CCRC) outside of Philadelphia. Last year, she contracted a nasty case of pneumonia and spent five days in the hospital. To complete her recovery, she left her independent-living apartment and went to the CCRC’s nursing facility. In five months there, she was treated twice for aspiration pneumonia. She lost weight and had to give up many favorite activities: taking notes for the education committee, handling the library computer, serving on the play readers’ committee and playing bridge.

Finally, Virginia’s care team and family members sat down with her to determine next steps. Virginia herself admitted that her health had declined: “I’m not myself. I probably never will be what I consider myself again.” But she balked at moving to the assisted-living floor.

Afterwards, the CCRC’s medical director, Dalia Miller (who also happens to be Virginia’s physician) stopped by her room. Remembering Virginia’s zest for Boggle, a board game in which you search for words in a scrambled grid of lettered tiles, she challenged Virginia to a match. It turned out to be an ideal way to unwind after the uncomfortable discussion. Virginia let down her guard, shared her fears and ultimately decided to move to assisted living.

That’s where I come into the picture. As a rising second-year medical student, I’m doing a one-semester writing project created by Dr. Miller.

She believes that being exposed to Virginia’s complex journey will enhance my medical training. If I want to learn to form deeper connections with patients, the best way is by listening to the patients themselves. The project involves my telling Virginia’s story from three perspectives––the patient’s, the doctor’s and the family’s. I will interview all three parties, then weave their perspectives into a creative essay to be shared with the CCRC staff and residents.

So it’s my turn to get in on the Boggle action. Each afternoon for the past week, I’ve stopped by Virginia’s room to interview her. I ask about her pneumonia hospitalization and nursing-home experiences and what helped her through them. When the interview loses steam, we play Boggle.

“You’re good, but you’re not as good as Dalia. If you beat me, you’re done here!” Virginia quips. We finish the round and compare the words we’ve found.

Little does Virginia know that Boggle is my family’s game of choice. We actually own a special version with extra tiles to allow for longer words. I’m a seasoned Boggler, to say the least. And, as a caregiver, that presents me with my first ethical dilemma: Do I hold back and let Virginia win, or go all out?

Ultimately, it doesn’t matter. Virginia is enjoying herself, loosening up. It’s over these Boggle games that she really begins to tell me her story.

Aside from being a spunky, color-coordinated ninety-three-year-old, Virginia is a mother. She has three adult children, with whom she’s quite close. The family used to be bigger: Virginia lost her husband in 2006, and a young child many years before. Virginia’s family used to vacation in the same beach town where my family does. As her child’s condition worsened, though, they visited less and less. She hasn’t been back in years. But instead of growing somber as she confides this, she brightens as we compare notes about the town: “You know the Holiday Bar! With the cakes and pies and the hamburgers and the relish?” Minutes later, she remarks, “You know, in August I’ll be a great-grandmother. It’s very exciting!”

I admire how gracefully Virginia dances with troubles, balancing a discussion of losing a young child with a mention of welcoming a new one into the world. This grace has stayed with her through her stays in the hospital, the nursing facility and now assisted living.

“When I first moved here, I was scared,” she confides. “But I also knew I wasn’t ready to go back to independent living.”

Although she has less energy these days, she’s come to peace with a new normal. A good day means eating breakfast late, skipping lunch like she always has and spending the afternoon curled up on the couch with a good book.

“I’ve learned to accept myself…not to fight it,” she says. “Que sera, sera. I don’t miss being in independent living. I can do anything I want here.”

I began writing this story two years ago, between my first and second years of medical school. Students at that stage do little or no patient care. Instead, we feverishly study the information needed to score well on the medical board exam at the end of year two. My routine consisted of shuttling between the lecture hall and the library, taking notes, reading textbooks and spending every spare moment running through flash cards on my phone. I felt lost in my studies, untethered to human interactions.

I also felt extremely anxious. I slept poorly, lost my appetite and woke up every morning with a knot in my stomach.

Meeting Virginia and hearing her story gave me a different sense of purpose and direction. I found myself perking up on the afternoons I drove out to visit her. I left feeling energized, and I went to bed feeling excited for the next day’s conversation.

Virginia died last February. She was ninety-five. When I heard the news, I buckled. I told my girlfriend the news and crawled into her arms, crying the way I did when my mom called and told me that my grandmother had died. I remembered Virginia’s red glasses. I heard sound-bites from our conversations in my head. I recalled the renewed purpose she’d given me at a time when I’d felt like giving up. I planned to go to her Zoom memorial service, but couldn’t get in—the meeting had met its hundred-person maximum.

Of course Virginia’s funeral would sell out, I thought, smiling.

Virginia was my first patient. The traditional thinking is that doctors give, and patients receive. But the reality is that patients give their caregivers just as much, if not more. Virginia did that for me.

In moving to assisted living, Virginia—like a Boggle board—was shaken up, jolted out of her comfort zone and tossed into a chaotic jumble. As a medical student, I could definitely identify. Successfully navigating her disorienting ordeal, she showed me, was not unlike word-finding in a game of Boggle. With thoughtfulness, patience, purpose and a sense of play, she found her place again.

And in sharing the process with me, Virginia helped me to find my place, too.

Nick Safian is a fourth-year medical student at Sidney Kimmel Medical College at Thomas Jefferson University in Philadelphia. He plans to apply for residency in internal medicine. He is cofounder of Jefferson COVID Stories, giving voice to the members’ experiences during the pandemic. He is also student editor-in-chief of Jefferson’s literary journal Evanescent and student director of the Eakins Writers’ Workshop. Recently, he helped to launch the Yeo Writing Prize, a writing contest open to all members of the Jefferson Health Enterprise. “I find writing to be a valuable way to reflect upon and process the experiences of medical training.”