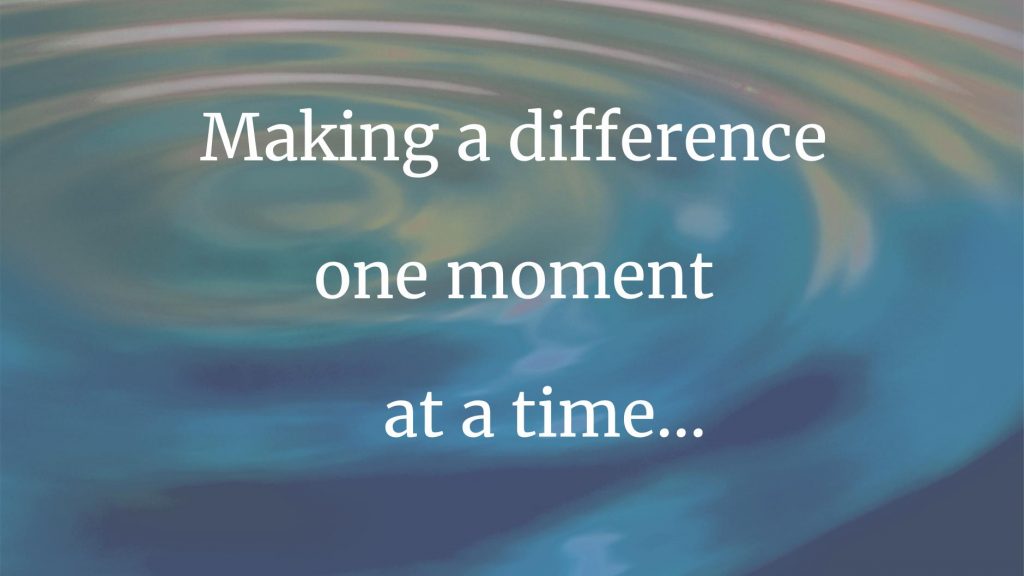 As a third-year medical student, I did a month-long psychiatry rotation in a large urban psychiatric hospital. I’ll never forget my first patients there: Christian Mitchell and Sabrina Smith.

Christian, only in his thirties, looked about sixty. He had the coarse, bushy beard of a mountain recluse, and his hair was similarly overgrown, with bits of unidentifiable debris tangled within.

He was catatonic: selectively mute, largely immobile and unable to recall most of his past or engage in his present. Whenever I asked him about his past–his hometown, family, education–his eyes would blink rapidly, his hands would tremor below the thin sheets, and his feet would flap up and down, up and down.

My biggest breakthrough with him occurred while he was sitting in the common area, staring resolutely at the wall. Morning and evening he lay paralyzed in bed, but in the afternoon, he would migrate to his usual chair and sit there, gazing straight ahead. I’d developed a practice of sitting beside him at these times.

A monotone “yes” was always the reply. I’d slide into the hard plastic chair next to him, and we would stare intently at the wall together.

It was nice being that way with him, sitting in silence. The silence was a respite from the rapid-fire questioning, and it gave us time to grow accustomed to each other. Though I hadn’t been able to connect with Mr. Mitchell through my words, I hoped that if I spent time with him, he might come to know that I cared about him. The more afternoons we spent this way, the more I wanted him to recover.

It became our dependable afternoon routine. I preferred it to my prerounding sessions with him, because those were more for me, to gather the information I’d need to present at rounds. The sitting together was for him–and for us.

While we were sitting here, no one was demanding anything from him, asking intrusive questions or manipulating his limbs to determine his score on a catatonia-rating scale. His hands were calm, his feet were quiet, and his eyes blinked normally. It was the only time I saw him so at peace.

As we grew comfortable staring at the blank wall together, I began asking Mr. Mitchell about things he enjoyed. Though he didn’t always respond, I eventually learned that he likes the snow and the mountains, and that his favorite food is meatballs (though he didn’t get enough of it in the hospital).

Given that Mr. Mitchell’s usual verbal punctuation was a period, or an occasional semicolon, that exclamatory sentence felt like a decisive win. Reading his records, I saw that it was the most he’d spoken in the six months he’d been at the hospital. Although this breakthrough didn’t signal a change in his condition, it was the first of my occasional glimpses into the person behind Mr. Mitchell’s silence.

With another patient, Sabrina Smith, I had almost exactly the opposite experience. The nurse’s reports always said something like: “Ms. Smith is hyperverbal, manic, grandiose, verbally abusive to nurses and staff. Sang and talked loudly to unseen others throughout the night. Disrobed multiple times.”

When I first met Sabrina, a thin, fifty-year-old woman with close-shaved hair, we talked through the five-by-twelve-inch window of a solitary locked room, our faces just inches apart. Her gaze locked onto mine with an unbreakable ferocity. Her thoughts jumped from topic to topic at incredible speed, her mood swung from excited to tearful in a second, and her body was in constant motion. Her words and actions reminded me of pinballs bouncing erratically off the sides of a machine, propelled by the blazing energy of her mind.

Her behavior terrified, saddened and fascinated me. Never having encountered a patient in the throes of mania, I oscillated between relief that there was a locked door between us, distress that the hospital was caging a human being against her will and amazement at the mind’s power to dictate such extremes of behavior as Ms. Smith’s mania and Mr. Mitchell’s catatonia.

To my astonishment, Ms. Smith started to get better. Unlike Mr. Mitchell, whose progress was barely perceptible, she improved after just a week on the proper psychiatric medications. She no longer disrobed, cried or talked to imaginary friends. I began to see the Sabrina that her mother had described–the Sabrina who read stories to the elderly and played with the local elementary-school kids. This Sabrina had a magnetic personality that united friends and family.

“Honey, that girl is the life of the party. There ain’t no one who don’t like to be around her,” her mother had told me. People really did seem to love being with Sabrina when her illness was well-controlled, and I was no exception.

On the last day of my rotation, I went to say goodbye to Ms. Smith. She wished me the best, said she was proud of me and told me to stop wearing dreary gray scrubs.

“Hot pink ones would be much more cheerful,” she said. “That would make patients feel more welcome.” Although I decidedly didn’t take this advice, I always think of Sabrina and smile whenever I don my gray scrubs.

During the first half of my psychiatry rotation, I would come home emotionally exhausted. What I saw at the mental hospital emblemized, I felt, how badly our society fails the most vulnerable and unloved in our communities. Even if these patients got better and made it out, what would their lives be like? Their futures seemed hopeless, and my heart broke for the lives they’d never been able to lead and the lives they were forced to lead instead. When I considered the trauma, abuse and rejection they had suffered, their mental illness almost paled in comparison–and I felt powerless to do anything but suggest changes to their medications.

Eventually, I settled into the conclusion that I must accept my inability to help these patients in all the ways I wished. Even so, Mr. Mitchell and Ms. Smith taught me that I can change some things in people’s lives–by doing less, rather than more.

It was sitting in silence with a catatonic patient, and absorbing the maelstrom of a manic patient, that eventually helped me to feel I was making some difference in their lives. In those moments, I understood that I’m not so different from Christian or Sabrina. That could easily have been me staring blankly at the wall or banging on a locked door, begging to be let out. I learned that sometimes I don’t have to strive more or work harder; I simply need to step into the background, let my patients take center stage and listen to them with care.

And though I know I can’t change everything in their lives, I’m ready to cherish the small victories (like meatballs and hot pink scrubs) along the way.

Rachel Dokko, a third-year medical student at the Keck School of Medicine at the University of Southern California, hopes to become a pediatric hematologist/oncologist. Though she has always done weekly journaling, she did not start sharing her writing until recently. “I turned to writing in order to sort through the highs and lows of emotion that come with caring for the sick, and to wrestle with what it means to bring humanity and humility into the practice of medicine. For me, writing has become a means to understand the sacredness of the medical profession and to dig even deeper into my profound encounters with sickness and healing.”