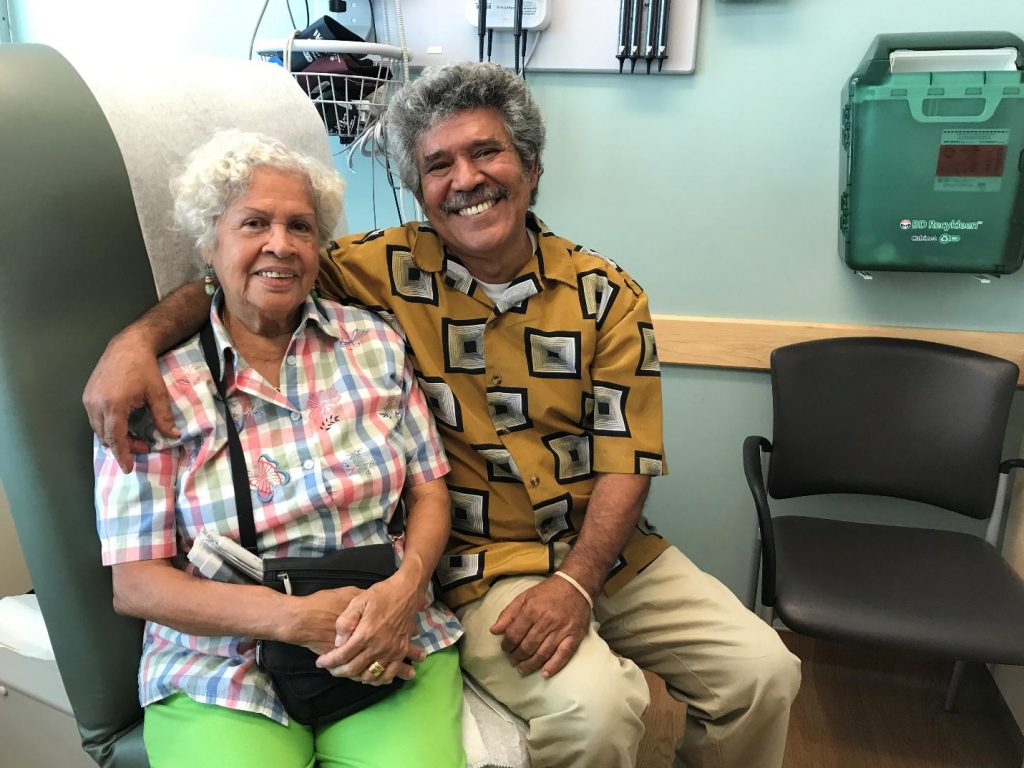 He only went to the hospital for one operation. He had just come from the Dominican Republic. I saw something funny on his head, and he told me he had had a motorcycle accident there–he crashed into a tree–and they took him to the hospital, unconscious.

About the Encounters Project:

Pulse’s Visuals Editor Sara Kohrt collaborated with two medical students from Albert Einstein College of Medicine, Kristen Lee and Erin McCoy, to launch a project intended to add more patient voices to Pulse. Kristen and Erin photographed and interviewed patients who were waiting to see their doctors at a Bronx family health center. The patients were asked to talk about their healthcare experiences, to share stories about their lives outside the clinic walls and to reflect on how these two worlds affect each other.