Editor’s note: Jennifer Reckrey is a family medicine resident in New York City. Each week while she was an intern, Dr. Reckrey recorded some of her experiences as a brand-new doctor. Today’s stories are from weeks number nine and twenty-five.

I dreaded my rotation in the Intensive Care Unit. Though all the tools to keep a body alive are right there, their continuous bells and beeps jangle my nerves. I’m always afraid that in this place I will be called on to act decisively and invasively. And my mind will go blank. I will hesitate, and that hesitation will make an already awful situation worse. But even more than that, I dreaded this rotation because I think of the ICU as a dead end–a place you don’t leave alive, or if you do, it’s as a shadow of your former self.

So when I met my first ICU patient–a sixty-year-old woman with metastatic lung cancer, intubated for respiratory failure after a routine chest-tube placement–I imagined the worst.

She was fully conscious and mentally sharp. For the first two days I cared for her, she was very stable. But she wasn’t improving–any time we turned down the ventilator to allow her to take over even a little bit of her own breathing, she struggled for air.

“When will the tube come out?” she wrote on a tablet of paper at her bedside.

I answered honestly: “When, and if, your body is ready.”

After having the weekend off, I returned to the ICU to find my patient in bed, still intubated. I imagined that I would spend the afternoon in the often-inevitable end-of-life conversation about tracheal tubes and feeding tubes–the conversation that she’d never had with her oncologist. Then, on rounds, the nurse told us that yesterday she had tolerated the lower ventilator settings for almost three hours. We quickly decided that today was the day to try removing the tube. And we did.

What I found most amazing was her voice. A bit hoarse, yes, but strong, with a lilting Island accent. Each sentence ended with a broad smile. She told me that she had always known that this was going to turn out fine. God wasn’t ready for her yet; she wasn’t ready for him, either.

She also told me not to tell her daughter that the tube was out, because she wanted her daughter, when she walked through the ICU doors, to find her sitting up in bed with her glasses on, reading from her Bible. It would make her daughter’s day.

On Thursday morning I went to Room 627 to give Mr. R yet another piece of bad news.

I’d already had to tell him that his foot infection had reached the bone and would require six weeks of IV antibiotics. And that even though he hadn’t had a heart attack per se, his heart function was even worse than it had been after his last attack. And, worst of all, I’d told him that his CT scan had picked up a mass in his lung that, along with the enlarged lymph nodes in his chest and abdomen, likely meant that his colon cancer had returned.

Now, to top it off, I was here to report that his gallbladder was enlarged and filled with stones, which were probably causing his stomach pain. Though it was not a surgical emergency, there were signs that sometime in the past the stones had caused bile to back up into his liver and pancreas and would likely do so again soon.

Mr. R was a talker, always warm and effusive but also respectful. Now he looked at me blankly, then said, hesitantly, “Impossible.”

At first I thought he’d misunderstood me: I couldn’t remember the Spanish for “pancreas” and for the life of me cannot pronounce higado (“liver”). But he looked at his wife for confirmation, and she nodded vigorously. Mr. R told me that he’d had his gallbladder removed in Guatemala more than thirty years ago, then lifted his hospital gown and pointed to a thick, six-inch scar stretching down the right side of his belly.

Though I remembered seeing Mr. R’s name at the top of the radiology report, I began to doubt myself. Had I looked at the wrong scan? The only way to be certain was to see for ourselves. I led Mr. R and his wife down the hall on an expedition to the nursing station to get a firsthand look at the computerized images.

By the time we reached the computer, we were all giggling. I pulled up his CT scan and scrolled slowly down to the level of the liver and spleen. And there was the gallbladder, right where it should be, large and lopsided and tucked in tight under Mr. R’s liver.

He stared straight at me with twinkling eyes and a barely suppressed smile and declared, “A miracle.”

About the author: Jennifer Reckrey MD is a second-year family medicine resident who graduated from SUNY Stony Brook School of Medicine. “I started writing these reflections to keep in touch with friends and family, but the process of putting my experiences into words has also helped me to better understand my own practice of medicine.” 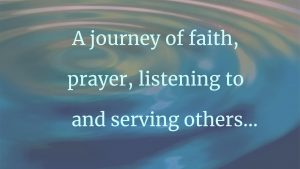 Another Kind of Healing