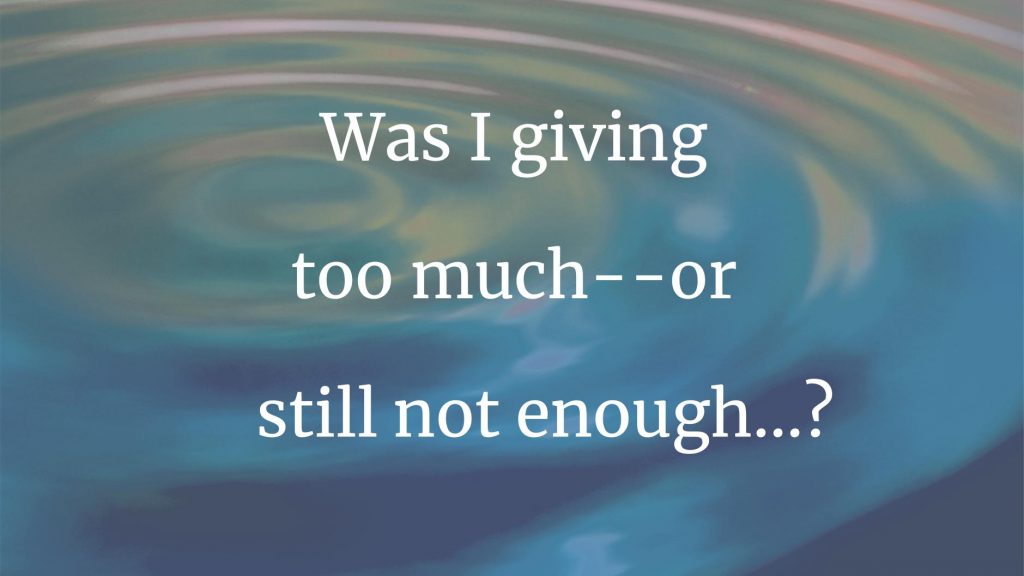 One morning, in the women’s ward of a semirural hospital where I was working as a family-medicine resident, my team encountered a rarity: a disabled forty-year-old lady with crutches. Her case seemed to scream for attention, and I made my way to her bed.

Angelica wore metal braces and dusty old leather shoes on her deformed, atrophied legs and feet. Her weary face telegraphed a lifetime of struggle and anguish.

“Good morning, Angelica,” I said. “How are you today?”

“I am well, thank you, sir,” she replied hesitantly, eyes downcast. Clearly, to help her, I would first need to win her trust.

“Sir, I have had very tough times!” she exclaimed. Tears began to trickle down her cheeks.

After a few moments, I said, “It must be difficult for you. Tell me more.”

A month back, having suffered heavy, prolonged menses over the course of a year, she had been admitted to the hospital. She’d been diagnosed with fibroids.

Surgically removing them was impossible; the hospital had had no gynecologist for nearly two years. Angelica had received a blood transfusion and supportive care for six days before being discharged. Since then, her condition had worsened; now she’d been readmitted.

“Do you have other concerns?” I asked.

“I’ve had no other diseases–except for polio, as a child,” she replied. “I also had difficulties getting schooling, due to my disability and the school fees.” She was living with her twelve-year-old daughter, Laura, in a semipermanent house; their rent was $2 per month.

“I’ve lost track of my family except for my brother, who can barely support his own family,” she added. “Except for a few friends, I haven’t any social supports. I have no health insurance.”

Examining Angelica, I found that she had a uterine mass about the size of a twenty-week-old fetus; blood oozed from her birth canal. This could indicate anything from benign fibroids to endometrial cancer. An ultrasound confirmed a three-inch fibroid in the uterine wall and a small ovarian cyst.

After consulting a gynecologist by phone, I told Angelica the treatment choices. She opted for a hysterectomy.

“You’ll need health insurance to pay for the operation,” I said.

As I’d expected, she replied, “Sir, I would enroll now if I could–but I don’t have the finances to pay the monthly premiums.”

In a perfect world, I would have referred Angelica to a gynecologist at a next-tier public-health facility. But without insurance, she would need that hospital to waive her bill.

After a week-long tug-of-war, our hospital social worker got the public-health hospital to waive Angelica’s admission and operation costs. This was a big step forward–but the local hospital politics, and Angelica’s other financial problems, continued to delay her referral process.

I realized that I had to throw myself fully into getting Angelica the care she so badly needed. She had no one else to act as her advocate. And here, as elsewhere, a family physician’s involvement in a patient’s case can mean the difference between a good outcome or a miserable one.

Reluctantly, we discharged Angelica to wait at home while we continued trying to get her referred to the next hospital. Hoping that the referral would materialize soon, we booked her to visit us in two weeks.

During that time, her health worsened significantly. Calling on her neighbor’s phone, she told me that she couldn’t afford to buy food, and that her uterine bleeding had started again.

Alarmed, I bought B vitamins, iron, oral contraceptives, and tablets to promote blood-clotting, and sent them to her. To my relief, within a few days the bleeding stopped.

At my invitation and expense, Angelica came in to pick up the referral letter to the gynecologist at the next facility. She went there and was hospitalized in the expectation that the gynecologist (the only one in the county) would schedule her procedure. A week later, we learned that he’d gone on his annual vacation. Angelica had been discharged until his return.

How frustrating! The disappointment left me feeling dejected and drained.

Over the next few weeks, Angelica’s menstrual bleeding intensified, and she took her medications only sporadically, when she could afford them.

I encouraged her to call me whenever she needed to. During one call, she said, “All I have is the undying hope for a better day.”

I did my best to encourage her, but couldn’t help wondering, Are you feigning hope, Angelica, in order to attract the help and support that seem so elusive?

Caught between these conflicting emotions, I fell back on my basic human instinct to help another person in need. Whenever I remembered, I’d call Angelica to ask how she was doing; if she had no food, I bought her some when I could.

Still, our interactions raised tormenting questions: How do I decide whether and how I help patients like Angelica? Should a family physician give money to indigent patients? Should I pay for the ambulance to take her to the hospital? Once she’s there, who will pay for her food, toiletries and such? Is it my duty as her primary caregiver to do this? How deeply should a family doctor enter into a patient’s personal issues and problems? Does empathy for a patient mean becoming part of that person’s financial and emotional support system?

Two brawling years after Angelica’s original diagnosis, a gynecologist was finally posted to my hospital. We scheduled Angelica for a consultation so that the gynecologist could determine whether or not she should have the surgery to remove her fibroids.

I felt a mix of emotions: Relief that help had arrived–but also shame at how long Angelica’s seemingly straightforward medical problem had gone untreated. It didn’t sit right with me that getting her the help she so desperately needed still felt like so much of a gamble.

On the day of the consultation, Angelica and Laura arrived early. I read Angelica’s notes to the gynecologist, emphasizing how dire her condition was, and dreading that her surgery would again be postponed, and her complications spiral out of control. Mentally and emotionally, I was at the end of my rope: This felt like my last real shot at advocating for her.

To my utter relief, the gynecologist agreed that Angelica’s procedure should take place soon.

A few weeks later, to everyone’s joy, and amid the raging COVID-19 pandemic, Angelica finally had her surgery.

Now we could turn to treating her “softer” problems: How would she manage financially? Had Laura been traumatized by her mother’s illness–and their poverty? (Mark you, their house floods whenever it rains.)

I hope that Angelica’s story shows the immense complexities that primary-care providers in a “resource-limited setting” face in trying to help patients like her. To my mind, it’s clear that universal health coverage is an essential step towards providing this care.

We in Kenya are still far from having such a system. Nonetheless, I yearn for the day when patients like Angelica will get the care they need and deserve.

Zacheus Were Mbiri is a family-medicine resident at Moi University in Kenya. “I got interested in narrative writing because it allows me as a physician to express my concerns about patient management. I hope that my writing can also help other healthcare professionals to find a clear path when they face dilemmas or difficult situations. I’m confident that other readers share my wish to help better the healthcare system in whatever ways we can.”

9 thoughts on “Going the Extra Mile”