Evenings in the Sloan-Kettering ICU were starkly lit–nowhere to hide from the glare, bloodshot eyes trained on blinking lights, buzzing machines, masked men and women passing soundlessly through sliding glass doors, and little but hours and hours of bright, eerie luminosity ahead.

By contrast, the days then were dark. No comfort to be found in the sunrise or in that old salve about everything looking better in the morning. My wife and kids and I sat on the edge of uncomfortable couches in dimly lit waiting rooms where the waiting was always either too long or never long enough; we stood shoulder to shoulder in airless elevators with strangers sharing the same muted despair; we sat huddled in the cafeteria and did not eat.

When I was alone I paced the circular halls of that cancer-riddled sixteen-story building, cloaked in green gowns and latex gloves. My beard was always wet with acidic breath behind the paper mask. I slathered my hands in Purell every time I made a move, because it seemed as if germs were the only thing left in my life I could control. Because practically everything I’d once assumed to be true was now a lie.

I did know this, though: When a child has broken the covenant and threatens to die before a parent, all presumptions about oneself perish with it. I, who had always imagined myself a source of enduring strength for my big family, turned into a moral coward, praying to a God I did not worship, offering up worthless trades, pointless promises, demeaning guarantees. Having spent many of my sixty years in mortal fear of my own demise, I understood in the moment of my son’s grim diagnosis that there are things far worse than one’s own death. And I simply did not want to be present for my child’s last breath.

Did it matter that this sick boy was nearly thirty-eight? No. That he was married and had three children? No. That I had not held him close, as a father holds a young son, in decades? No.

And was there anything to bolster my spirits, to sustain me beyond the momentary comfort found around the long dinner table, in bed, in the arms of my wife, in the loyal company of dear friends, their earnest good wishes, their sustaining hopes, their heartfelt prayers, their enduring faith that everything would be okay?

I knew what every disconsolate cancer parent knows down in the marrow: No matter how faithful or kind or loving the words of your most faithful and loving friends, their well-meant utterances have nothing to do with your beloved child surviving that awful disease. Or not.

During those harrowing days I did not want to speak to anyone except my heartbroken family, the only ones for whom words were not necessary. Although my wife and I endured together the ache of seeing our firstborn kept alive with tubes and wires–and we have an enormous family to sustain us–we found early on that cancer is an utterly isolating disease, one that would drive each of us inward towards an uneasy companionship with ourselves alone.

At times the ringing phone felt like an assault, an obligation to recount once more the months of missed symptoms, the duty to force my tongue around the rancid sound of the word “choriocarcinoma” (cancer of germ cells, which in men are the precursors of sperm) and to explain over and over about tumor markers and neutropenia (low white blood cell count)–the nauseating nomenclature of a hideous disease. Sometimes medical terminology has a near-poetic power to detach us from the disease it refers to, but for me these terms had become raw, brutal reality: They were no longer a metaphor for anything but the cancer itself.

And so day after day after day for more than a month that spring I would rise early in the shade of the enduring Shawangunk Mountains and drive–radio off–across the Hudson River to the college where I have taught for thirty years, take care of my barest obligations, then board the Metro-North commuter train in New Hamburg, stare out the riverside window all the way down to Grand Central, take the No. 6 subway up to the Hunter College stop on the Upper East Side, and walk mechanically east to the hospital on First Avenue. There I would join my wife and daughter-in-law on the Genitourinary Cancer floor, kiss my son’s forehead as I had not kissed him in decades. And wait.

I held hands with friends who needed to hold my hand. I offered my arms to my children when they needed to hug me. I slathered myself in Purell. I moved ahead day by day, knowing that in moving ahead, one simply cannot afford to look beyond the next footstep.

And yet, stepping off the train each late night in New Hamburg, by the enduring Hudson River, then making my way step by step through the dank, smelly tunnel under the tracks and up deserted Point Street, through rain or moonlight, I actually did look forward to one thing.

Striding faster and faster, I’d finally reach my car, which I had parked in the driveway of a house owned by some friends.

There on the windshield, I’d find cookies, a piece of pound cake or some other morsel of sweetness that had been left for me–and which I’d eat hungrily before turning on the ignition.

And so, five years later, I take a chance and glance back to say, this much I know: Those sugary treats from our friends Myron and Polly Adams, who knew better than to wait up and ask me how I was doing, and whose unspoken gifts washed away the acrid taste on my tongue for a few solitary minutes, saved me from utter despair.

Just as the chemo saved my son.

Five years later, that memory still makes me weep. As did the news of my boy’s last appointment at Sloan-Kettering, when he was told that the cancer is still in remission and so he does not have to come back for a year.

Steve Lewis is a mentor at SUNY-Empire State College and a faculty member at the Sarah Lawrence College Writing Institute. His work has appeared in The New York Times, The Washington Post, Christian Science Monitor and Talking Writing, where he is a contributing writer. His books include Zen and the Art of Fatherhood, The ABCs of Real Family Values, Fear and Loathing of Boca Raton and A Month on a Barrier Island. “During the Sixties I was writing self-indulgent poetry in Madison, Wisconsin–mostly to meet girls–but in grad school, my mentor Jim Hazard gave me a nifty flashlight to navigate my way through the self-reflective shadows and into what I now understand is the illuminating voice. It is the most valuable gizmo in the battered tool chest I carry daily up to my writing room in the Shawangunk Mountains and into workshops in the Hudson Valley and on Hatteras Island, North Carolina.” Steve’s Web site is stevelewiswriter.com. 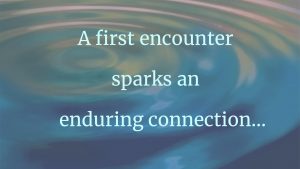