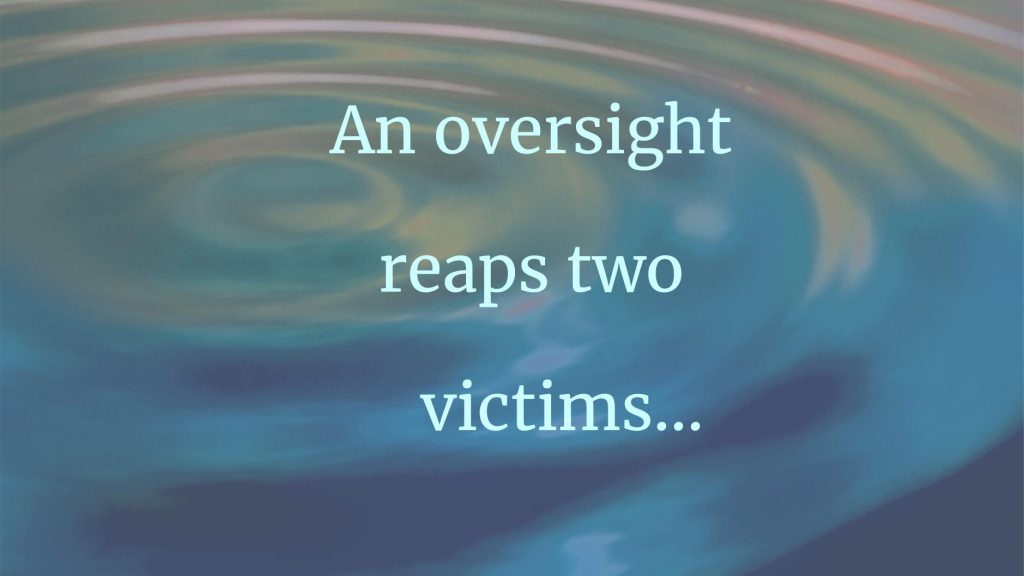 “He basically killed me,” Sam said flatly, sitting my office. “I don’t want to talk to him.”

I nodded sadly with understanding as his on-demand oxygen hissed away each moment, like the ticking of a clock. Why would a patient want to speak to a doctor who’d missed his diagnosis? Why should he?

I listened as this lively and tender man who’d been referred to me for palliative care. His body swimming in clothes that were now three sizes too big, he told me about his planned retirement trip of a lifetime. It was a trip he would not be taking. He couldn’t imagine traveling weakly, timidly, in a wheelchair.

“You can’t tell now, but I was a foodie. I was going to Bourdain the hell out of it.” His oxygen tubing snaked around the back of his wheelchair to where the tanks sat, like ballast.

Until two weeks ago, Sam had been convinced that his increasing hip pain was arthritis. “Every other joint was wearing out, so why not that too?” But then he’d misjudged the end of a flight of stairs and had fallen down. Hard. The pain had been excruciating as he waited, unable to move, for his partner to return home.

He had known the news wasn’t good when the ER physician took the time to close the door after entering his room. “I have some bad news,” the doctor had said quietly. “You have a hip fracture, and it looks like your cancer has spread.”

Five months prior, Sam had gone to see a physician because he felt short of breath. The chest X- ray confirmed that he had pneumonia, but there was also a “concerning mass.” This mass was documented in the full findings section of the radiological report, but was unintentionally left out of the final impressions.

In general, radiology reports have two parts: a longer section that contains the full findings of the study, and a shorter “final impressions” section that summarizes the most important details for the healthcare providers. Depending on the circumstances, a physician might only review the summary, and this is what Sam’s physician had done.

In Sam’s medical chart, underneath the radiologist’s order for a follow-up chest CT, were two words: “No Show.”

Sam hadn’t been told about the mass. He hadn’t known. The doctor had simply treated Sam’s pneumonia.

“People keep talking about it like it was a spelling error. He should have read the whole report. It’s his job,” Sam said through gritted teeth. “It’s his job.”

The doctor, a highly respected physician nearing retirement himself, had called me ahead of my visit with Sam.

“I’ve never missed anything like this,” he said quietly, his voice rough with emotion. “Ever. I’ve been in medicine for over three decades.” I heard his hand moving to cover the receiver. His sobs were muffled, but audible.

I sat stunned. What words could possibly soothe this pain? I could feel a flush of uncertainty creep up my neck. It was an outcome that every clinician fears. Making a mistake. Making a devastating mistake.

He had missed just a few words. Words that were not in the right place, overlooked amid the setting of a chaotic clinic, while his partner was on vacation, and he was taking extra call.

Listening, I had the sense that his mind had already begun to redefine his long and successful career. His mind told him that he was a failure. That he was not a good doctor.

“I don’t know how to make this right,” he said. “I don’t know if I can continue to work. I can’t sleep. When you see Sam, please ask him if I can speak with him. I’m just sorry.”

We talked for a while longer. I mostly listened. I told him that I would ask.

Putting down the phone, with a tight knot in the base of my throat, I thought about all the lab work and radiological reports and consult notes and referrals and pharmacy refills I’d worked with already that day. Had I paid close enough attention? Had I missed anything today? Yesterday?

And when I asked Sam, he didn’t want to speak with the doctor. The cancer, impatient, had been given enough time to snatch his treatment options away, one by one. His life would be shortened due to a failure of our medical system. I felt like a child in the face of it.

Picking up the phone to call my colleague was like lifting an anvil. I felt nauseated and overwhelmingly sad.

“He prefers not to speak with you,” I said as gently as I could.

In his silence, I heard, This has basically killed me.

With his speech, he said, “Thank you. Goodbye.”

Lea Ratliff is a retired palliative-medicine physician in Denver, CO.”I became interested in writing when I began attending film school. I hope to make films that help people to think outside of their own sphere of experience.”