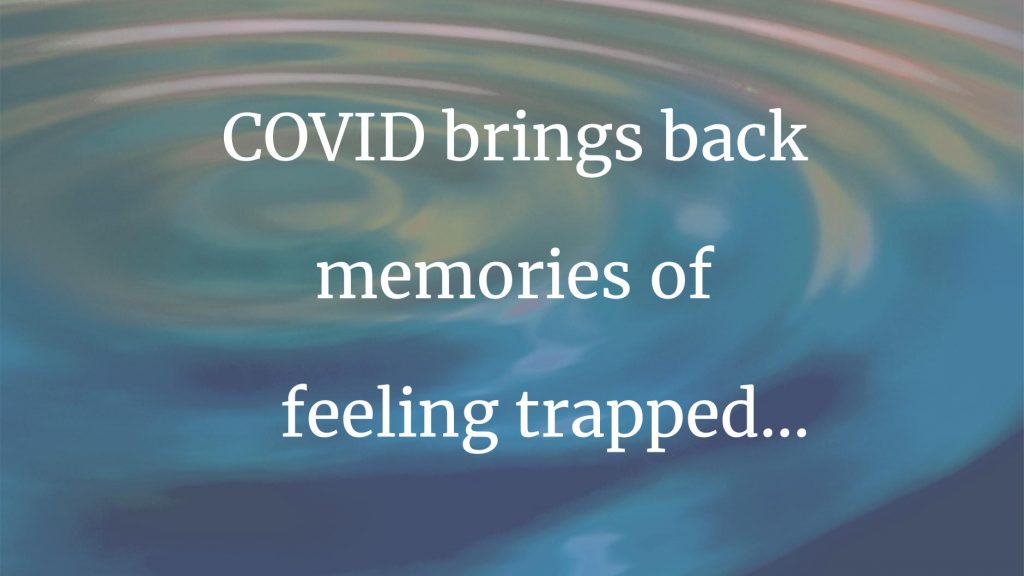 Once I spent days, which became weeks, which become months, by myself in a small house in the village of Oshikango, Namibia. Two years prior, I had arrived there as a newly minted college graduate, eager to begin my new NGO job of teaching high-school science and HIV education.

It didn’t take long for the bubble of confident competence to burst. Within a few months, my students began to confide in me that they were being sexually assaulted by some of their teachers. It took me another several months to covertly uncover the extent of the abuse. As a young, inexperienced person, I did my best to raise the alarm—but my organization did not listen. I felt the horror of my helplessness. At year’s end, my own encounter with violence left me shredded and looking for the pieces.

But love is a powerful thing, and I had found it. My heart kept me in Namibia, negotiating trauma and trying to build a life with my (then) partner. He would come to our house when he could and spend a day or two with me, then he’d be off again across the border to Angola to do his job.

I became intimately familiar with the architecture of our “home.” James Baldwin once said that “perhaps home is not a place but simply an irrevocable condition.” I agree with him. This space was empty of the comfort, safety and contentment that home calls to mind. It had one large room that was both living and kitchen area, with a side room that was the bedroom with a small bathroom. When you walked out the front door, you stepped into an enclosed patio that felt like a cage. It was a six-by-five-foot rectangle; its eight-foot-high metal bars were wrapped in tightly woven green mesh to guard against peeping eyes. Sadly, this mesh also blocked out the sunlight. The house’s roof of corrugated tin jutted out over the cage, with only a foot of sky showing between its edge and the top of the bars. Across the cage front was a gate with two padlocks—both on my side. I could get out if I wanted to….

But I was too scared to go out; I preferred the cage. Trauma can do that to a person. I opted to read, to meditate, to exercise obsessively, to write, to pace, to create, to dance, to cry, to peek outside, to stay. I remember lying on the cold, hard concrete kitchen floor talking to Peeka (my cat, who was back in Texas) about the play I was writing about restlessness. She agreed that the play was hilarious.

A bird was chirping my anxieties. I didn’t tell my current partner, for fear he’d think me insane. On the third day of waking to the mocking mantra, I couldn’t stand it any longer: I burst into his office and confessed my madness.

“Yes?” he said distractedly, staring at his computer screen.

“I have to tell you something.”

“I don’t want you to be worried. It’s totally weird and probably nothing. Just my imagination because of this whole COVID thing… and not having a routine…and work is crazy…and we aren’t really sleeping well….” I took a deep breath. “You know what, you’re busy. I should just—”

He turned to look at me with his ever-patient Please, Chase, I’m listening, but it is the middle of a work day gaze, and I spilled my secret.

To my delight, his face lit up in recognition. “I’ve heard that damned bird too!”

I felt relieved: If I was losing my mind, at least I was in good company.

Now, as the weeks progress, I vacillate between gratitude and panic—sometimes in the same breath. In a moment of creative climax, I suddenly stutter and stop, hit by the full force of I’m scared.

I find myself revisiting a version of myself I thought I’d outgrown all those years ago in Oshikango. This moment is not the same, all the circumstances are different; and yet my consciousness pays no mind, and I’m trapped again.

Then I show up for myself.

This is a panic attack, I remind myself. No one has ever died from a panic attack. My heart is beating; my lungs are taking in air. I am safe. I am awake.

We are stuttering out of a worldwide panic attack right now. Things that were, aren’t. Things that aren’t, might be. Things that can, won’t. And things that haven’t, will. Things are askew, lying next to one another at odd angles.

On my own little island amid this shared experience, I unearth new layers of anxiety, meanwhile feeling acutely aware of my privilege and safety. Struggling through self-centered moments of renegotiating normalcy, I’m humbly conscious that I have it pretty damn good.

So as months become weeks, weeks become days, and days lead us back to the great together, my bird sings his COVID song, and I step outside to greet him.

Chase Crossno is the assistant artistic director and assistant professor of medical education at the Texas Christian University and University of North Texas Health Science Center, where she uses theater, art and public-health pedagogies to teach medical students. She is also the proud cofounder of a theatre company in Austin, which employs curated experiences to raise difficult questions, inspire original thinking and enrich the cultural landscape. “I wrote this story to examine how the familiar and the foreign were coming together for me as the pandemic developed. Time seemed to both stretch and condense. I was struggling with overwhelming negative thoughts and emotions—and I knew I wasn’t alone. This story was a way to say ‘I’m here, and I see you’ to other people experiencing the same unsettling sense of the uncanny. It felt like a way to connect.”