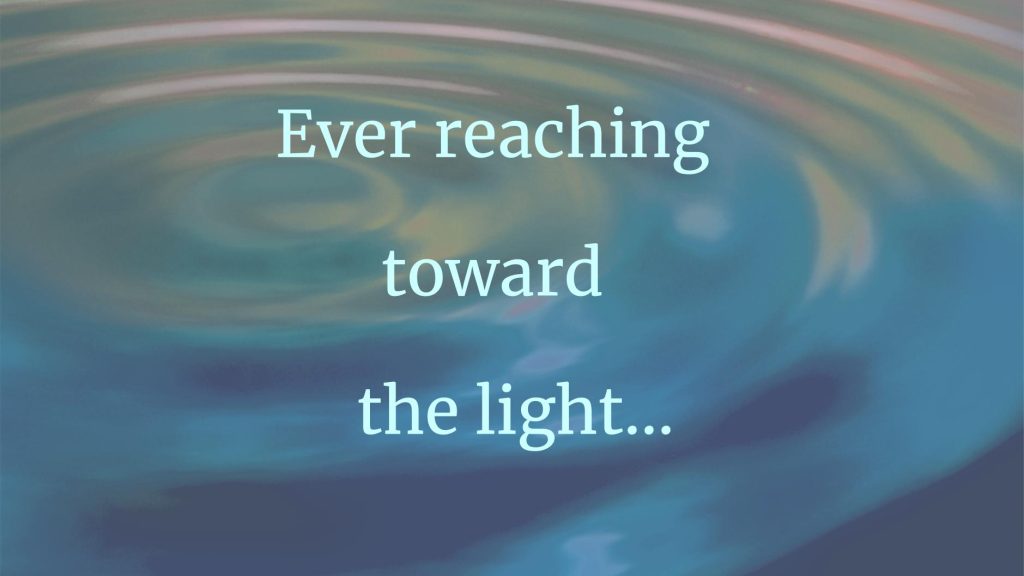 I vividly remember sitting in the living room of my grandmother’s house in Piedra Blanca, Dominican Republic. The room had been cleared of furniture. Before me, a flower-filled casket held the body of a young girl—my sister Nelsida, age seven. She had died from an anesthesia overdose prior to surgery.

I was five. I will never forget the sight of the cotton balls inside her nose and ears, the ice under the casket and the scent of the flowers. And that beautiful pink and white dress she wore, with a tiara that was her favorite. In the next room, my mother and sisters were screaming in grief. This was my introduction to death.

In 1999, when I was ten, I arrived in the US with my mother and older sister. Having gone through a difficult divorce, my mother wanted a fresh start. We overstayed our six-month visas and shortly after became undocumented.

My mother, who had a grade-school education, worked odd jobs to make ends meet. Those were years of great hardship. When I graduated high school in 2006, several universities offered me full scholarships, but because I had no green card, I couldn’t accept them.

Four years later my mother married an American. She applied for permanent-resident status, and her marital status enabled us to obtain a work authorization. I landed a job at Commerce Bank and, with that income, financed a year at William Paterson University. But it all came to a stop when my mother’s residence application was denied. My work authorization was revoked. I lost my job, I had to drop out of school, I lost my car, we lost everything.

In retrospect, this turned out to be a blessing. I spent the next few years doing construction jobs and began reading about spirituality and medicine. Slowly but surely, my experiences and interests inspired me to pursue medicine.

One morning I learned about New York Cares, a New York City nonprofit that matches volunteers with causes. I scratched up ten bucks for a bus ticket and went to volunteer at a church in Manhattan that offers meals to the homeless every Sunday. Not knowing what to expect, I served dozens of people—and felt a vitality I hadn’t felt in years. I listened to people’s stories: Some were homeless because they were undocumented; others suffered from mental illness.

That experience sparked my interest in psychology, psychiatry and nonprofit work. It also taught me a vital lesson: What matters is not your circumstances but the significance you give them. I was chronically broke, I was undocumented, I had nothing; but I felt happy and hopeful.

I volunteered at the church for several years. During that time, my sister became a US citizen and submitted residency petitions for my mother and me. This was a hopeful step, even though I knew that my case would take a decade or more to be processed.

Then, four years ago, I awoke one morning feeling an odd tingling in my upper back. The sensation intensified until it became painful. The next day, my back felt like it was on fire and was covered with what looked like horribly inflamed pimples. I was scared. I had no idea what it could be, and no primary-care doctor, health insurance or money.

Unable to go to a hospital due to lack of money and fears about my immigration status, I went to a pharmacy and asked for some medication.

“Oh, wow,” the pharmacist said when he saw my back. “That looks pretty bad. I don’t think I can do anything for you. You need to visit a hospital.”

I hoped and prayed to get better, but I kept getting worse. I was losing weight. My lymph nodes were swollen and painful to the touch. I’d wake at night drenched in sweat. I was short of breath, tired and weak.

These symptoms persisted, and I felt more and more helpless. I remember realizing one day that whatever was happening in my body would lead to my death. As strange as it sounds, I accepted that, because it meant that the suffering would stop.

One day I woke up unable to urinate, despite a growing urge to do so. After twelve hours, I finally went to the ER, where they did an ultrasound on my bladder.

“We need a catheter now!” the doctor shouted. “The bladder is about to rupture!”

I clutched the ER bed frame in agony as the nurses struggled to insert a catheter.

“It’s in!” one nurse yelled, and to my intense relief, I peed out enough urine to fill two bags.

I was told to wear the catheter for two weeks, then have a specialist remove it. Unable to afford this, I went to a free clinic, but they turned me away, so I ended up back in the ER.

I felt utterly insignificant—a person on the margins of society. But that ER visit was my first step towards getting answers about what was wrong with me.

The ER staff sent me to an affiliated hospital that had a free program for uninsured patients. There I had a number of tests, including a lymph-node biopsy.

Days later, I sat in a doctor’s office awaiting my diagnosis. Relief washed over me: At last I’ll find out what’s wrong.

“Nelson, you have cancer, and it’s stage 3,” said the doctor gently. Despite my diagnosis—non-Hodgkins lymphoma—I felt reassured. The doctor was kind, hopeful and warm, and the staff treated me like one of their family.

I enrolled at Rutgers University, not knowing or caring how I would pay for it or if I’d be alive to graduate. Despite my lack of a green card or resident status, Rutgers welcomed me.

I wanted to go into psychiatry—but not knowing my life expectancy, I just savored being back in school.

At least I’ll get a semester or two under my belt, I thought.

In retrospect, my earlier forebodings were on target: I did die—at least, one version of me did.

At the treatment center one day, sitting in the chair with those chemicals pumping into my body, I saw another patient doing the same. We locked eyes, and I smiled. In that moment, the old me died…and I was reborn. The new me saw the silver lining in my experiences and found a deeper meaning in life. An eternally hopeful heart was reborn.

A few months later, my cancer went into remission. It was by the grace and strength of the universe that I healed so quickly.

In January, I graduated from Rutgers University with a bachelors in neurobiology with an honors concentration and a double minor in chemistry and cognitive neuroscience. I volunteer as a counselor for Crisis Text Line and deliver food to homebound seniors through New York Cares. I’m studying to take the MCAT exam a few weeks from now; then I will start applying to MD programs across the US.

I feel hopeful about my future.

Nelson Antonio Reyes was born in the Bajos de Haina, DR, and now lives in New Jersey. His interests include spirituality, palliative care, neuropsychiatry, oncology and emergency medicine. “I love sunset bike rides on the West Side Highway in New York City. And I love Skittles. My mother has received her green card; my petition and DACA application are pending. I’ve always felt that my story could provide healing and inspire others. When I met Dr. Rachel Hadas, who teaches a literature and medicine course at Rutgers University, her incredible empathy and energy inspired me to write my story.”

24 thoughts on “An American Journey” 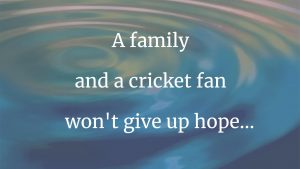 Watching Cricket With My Dad 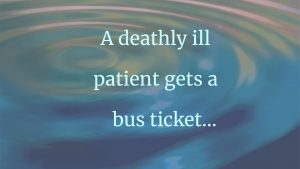