A COVID State of Mind 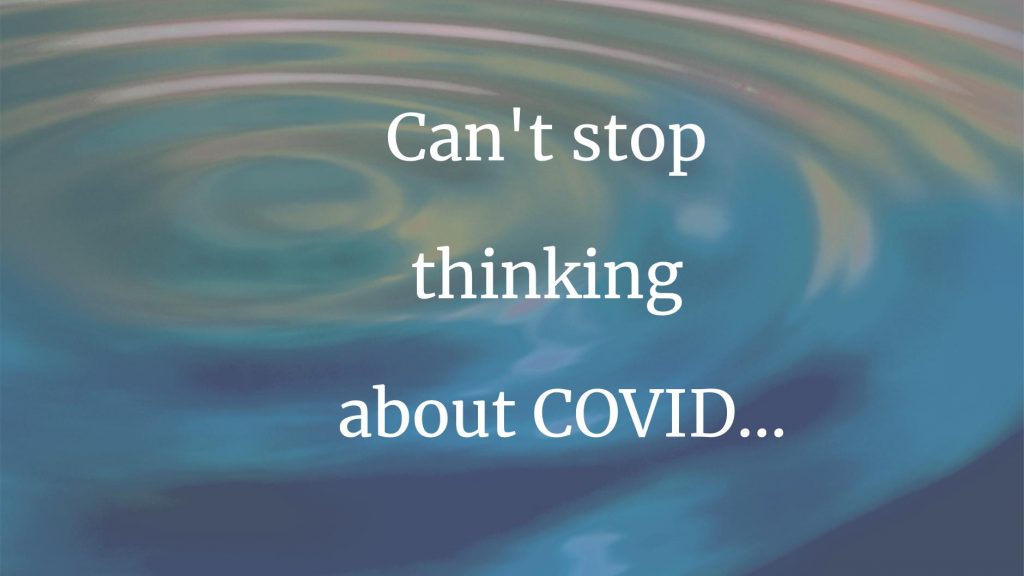 I’m a fourth-year psychiatry resident in the final months of training, and I have signed on to continue as an attending physician at my hospital.

In mid-March, my team was consulted on a patient in the ICU. She was one of the first identified COVID-19 cases in Michigan, and our hospital’s first such patient.

The patient was being treated with psychotropic medications, and one of them was decreasing the effectiveness of an antiviral drug she’d been prescribed for COVID-19. Her caregivers asked us to suggest a different psychiatric drug that wouldn’t have this effect.
Over the next hour, my colleagues and I arrived at a recommendation. But by that time, both the patient’s primary team and the hospital’s infectious-disease department had called to say that there was no need: The patient was improving. Her prognosis was good, and they expected a full recovery. She was to be discharged to stay at home, in self-isolation.
It was a tremendous relief. I was so thrilled that I called to tell my parents, an older couple who live close by my home in the Detroit area. Given the COVID-19 pandemic exploding across the US and in our area, I’d been worried about them. I knew that they would feel as comforted as I did by the woman’s recovery: Nothing makes them happier than hearing of someone who’s beaten the odds and overcome adversity.
But our relief was premature. Within forty-eight hours, the woman suffered a rapid deterioration, then passed away in the hospital ICU. She was one of Michigan’s first fatalities.
Throughout the month of March, as COVID-19 cases mounted, the daily routines at the hospital changed. Entrances to the emergency department and parking buildings were locked and monitored. Employees stationed at the hospital entrance screened arriving caregivers and staff for fever and other symptoms. Certain areas were off-limits to all but the primary teams. An atmosphere of fear took root and spread among patients and employees alike.
Now it’s early April, and Detroit is among the US cities hit hardest by the virus. Up to this point, I’ve felt privileged to work in one of the city’s hospitals. But working here–walking the hallways, breathing the air, seeing the patients–feels different now.
Everyone who’s employed here has family members. We have relationships. We fill many roles outside of work. And each and every one of us worries about bringing this scourge back to the people we love.
A week before the woman with COVID-19 came into our hospital, my mother finished having radiation therapy for breast cancer. Diagnosed in December of last year, she had surgery in January. If our prayers are answered, she will join my father in being a cancer survivor. But if, God forbid, she were to contract the virus, her recent cancer treatment would increase her risk of complications. This, along with my parents’ advanced age, makes me feel even more fearful for them.
So I’m not visiting my parents. That’s a big change: I used to see them a few times a week and take care of things around the house. Now, I’m too frightened.
Is it paranoia? I ask myself. I know paranoia; I’m a shrink. In the past, I’ve called other people paranoid for behavior like this.
Yes, for behavior like this, I tell myself. But not under circumstances like these.
I’ve heard many stories of physicians and employees getting sick and being hospitalized or put in isolation. I know two of these people personally: Neither had any clue as to when or how they might have contracted the virus.
This is all happening in real life.
Knowing that I could harbor the virus without having any symptoms? That’s real. Not knowing how long I’d be infectious for? That’s real, too. So is the nightmarish thought that I could walk around feeling fine and meanwhile be leaving contagion and death in my wake.
The possibility that I might unwittingly be a human petri dish makes me want to avoid all human contact: no drive-through fast food, no shopping trips, no idle conversation with neighbors. At home, I watch from behind the blinds as the postal carrier and delivery men come and go, leaving my mail and my produce. If I go on a walk, I literally take the path less traveled.
I try not to interact with anyone at all. And when I do? A surge of guilt. A sense of worry.
Not that I’m sick….at least, I don’t think so.
I find myself browsing online websites for absurd medical supplies: gas masks with industrial filters, hospital-grade disinfectant, astronomically priced gloves and surgical masks. Except that I don’t know if they’re absurdities anymore.
When I speak to friends and colleagues, they seem to see things the same way I do. I’ve gotten panicked phone calls from friends. And I’ve made them.
Me: “Hey…I’m worried about my parents.”
Friend: “Stay away from them. I’m staying away from mine…It’s worrisome, but I think we’re fine. After all, COVID just got here; and we’re being extra careful on service.”
Me: “It can take two weeks to show–how the hell do you know it just got here? You and I both might have it.”
Friend: “Just don’t see them again.”
Me: “If one gets sick, the other does, too. And that’s it.”
Friend: “Don’t think that way.”
Me: “I’m not thinking any way; I’m telling you how it is.”
When you work at a hospital–any hospital, at a time like this–can you truly be paranoid? A cataclysmic event is taking place in our country and around the world. Thousands are dead, and with each passing day, the deaths increase.
I’ve never been much of a worrier. But now, how can I not be?
About the author:
Ibrahim Sablaban is a fourth-year psychiatry resident at Henry Ford Hospital/Wayne State University, in Detroit. His interests include politics and medicine, addiction and the phenomenology of psychosis, and he is a member of the Michigan Psychiatric Society’s legislative and policy committee. “I write for catharsis. Most of what I write, I chuck out. I’ll write on a whim or an impulse, and it’s a very introverted, intimate process. In these times, I felt this piece might resonate with people in healthcare more than some might like to admit.”
Print This
PrevPreviousLove in the Time of COVID-19
NextVision QuestNext

10 thoughts on “A COVID State of Mind”