Where She Will Be

City snow blankets my little mother in her hospital
bed in her bedroom, no wonder she is confused,
pointing to things in the air, on the ceiling that only
she can see. She might be hailing a cab. She raises
her head to tell me, Four members of the Isenberg
family came to visit and one was Mima Ettel,
who is already buried in the plot and she doesn’t
seem to know this. A land of the living and a land
of the dead, why should she have to remember
the difference? We paid a thousand dollars to move
her grandfather’s monument to make room for her.
She will be beside her brother which she will love.
I do not care about the absurdity of this future tense.
I want to know that she will love the spot we have for
her. One night she tells me, Next time, bring the dog.

Francie Camper is a clinical social worker in Westchester County, NY. Her practice has long included families dealing with illness and bereavement. To deal with the intensity of many years of clinical practice, she began writing and studying poetry a dozen years ago at the Hudson Valley Writers’ Center, where she has also served on the board. She continues writing and studying in an independent workshop and has published poems in Pulse and in the Vineyard Gazette. Many of her poems are composed while swimming, when possible in open water.

“This is one of a series of poems I wrote during the years when my mother was declining; she died in 2013, at ninety-one. She was a woman of great intelligence, accomplishment, energy, curiosity and humor. She was also demanding, manipulative, relentless and infuriating. It was not easy to be her daughter or to care for her in her declining years. Along with the support of great friends and family, I found strength in the power of poetry and narrative. It was so important to me to manage my mom with compassion, patience and humor, and to enable her to live out her life as she chose. Poetry guided and restored me throughout, and helped me to reach peace of mind once she was gone.”

7 thoughts on “Where She Will Be” 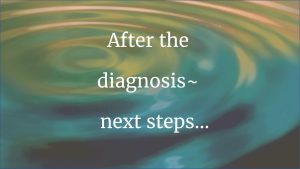