One Afternoon at Teatime

Arthur stops close to where we sit waiting
for the person you call the activities lady
to serve us drinks and biscuits.
He moves his wheelchair with slippered feet,
so we become another group.
You introduce me, This is my sister,
I nod to Arthur and watch his mouth form words
that seem reluctant to reach me, hang
in the air unsteady, diminished.

He continues to speak, I continue to nod,
I think he’s asking about my name,
you seem to understand, or do you guess?
I’m trying to work out if there’s a knack
I’ve yet to grasp, a way to hear
the hush and lisp of his voice, because
all the time you’ve been here, where
you don’t want to be, after all these months
Arthur is the first person you’ve introduced me to.

We choose our biscuits, I drink tea, you have coffee
Arthur has half milk, half coffee and continues to speak.
I think he’s talking about his family, two daughters, a son,
I’m unsure so I ask is he watching the rugby?
No, his game is football and there’s something
about a golden goal. I say what position did you play
and hear, clearly, outside left.
Something rights itself inside me.

Marilyn Hammick retired in 2013 from her international consultancy in medical and healthcare professional education, specializing in evidence-informed education, systematic reviews and interprofessional education. Previously she was in clinical practice as a therapeutic radiographer. She writes (and reads) when traveling, during still moments at home in England and France, and when recalling her childhood in New Zealand and years living in Iran. Her poems have appeared in Obsessed With Pipework, Prole, The Interpreter’s House, The Linnet’s Wings, The Journal, I am not a silent poet and Nutshells and Nuggets. She was named a “Spotlights poet” in Paragram’s 2015 pamphlet competition.

“My sixty-year-old brother lives, somewhat reluctantly, in a residential-care home. He is now safe, well fed and on the correct medication, and has help with personal care. But he feels that the independence he highly valued as a person with a disability has been taken away from him. His brain damage means that he’s resistant to explanations of why he is living in the right place for him at this time of his life. Most days he sits alone or remains in his room. This poem came from the joy and relief I felt after visiting him as described. Poetry gave me the opportunity to voice my emotions about a small, positive change in his attitude to his new home, and the importance of that to me.”

3 thoughts on “One Afternoon at Teatime” 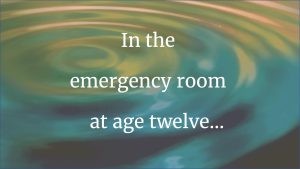 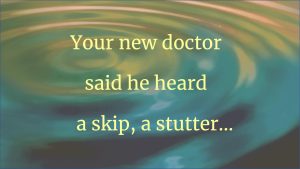 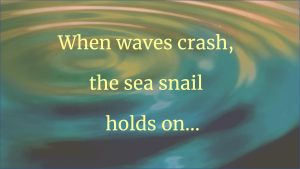 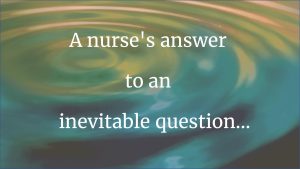