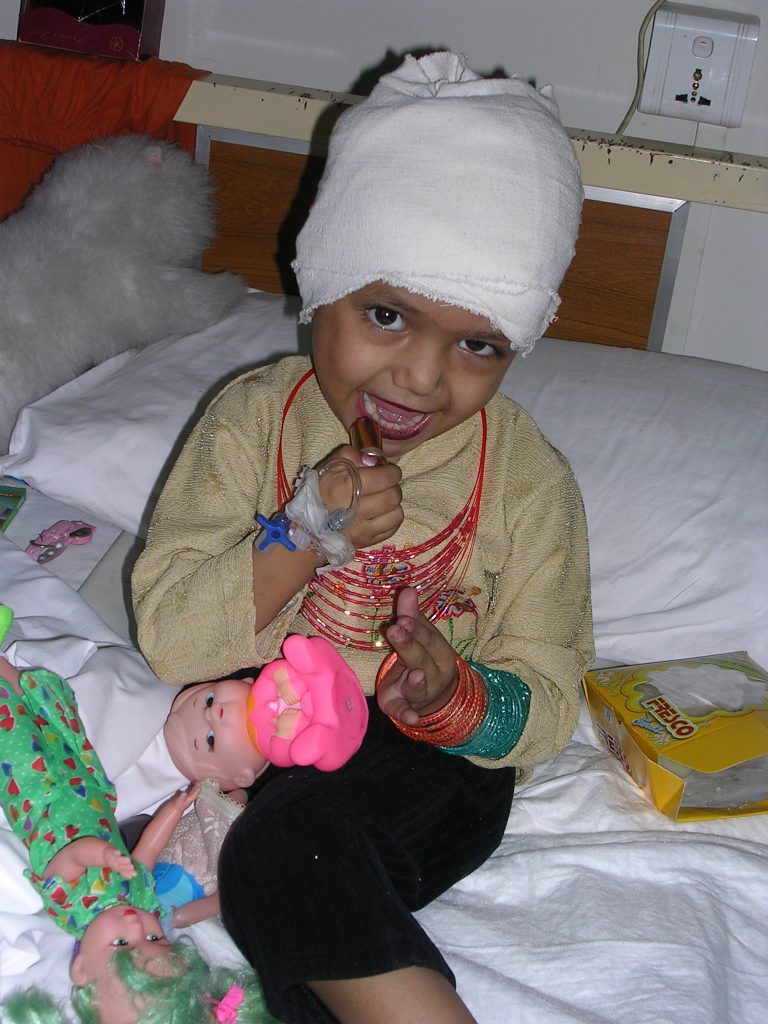 Tara Jaffery is an internist working in Shifa International Hospital in Islamabad, Pakistan. She was a FAIMER (Foundation for Advancement of International Medical Education and Research) fellow at the time she took this photograph in late 2005, when northern Pakistan experienced the worst earthquake in its history. She sends this photograph “for the people of Nepal…a little ray of hope.”

“When Nepal suffered its first catastrophic earthquake a few weeks ago, I remembered, in a flashback, horrific scenes of the October 2005 earthquake in northern Pakistan, which left 100,000 dead, countless injured and millions homeless. We received many of the most seriously injured people in our tertiary-care hospital in Islamabad. The complicated crush injuries and the sense of despair were beyond description. Villages were gone, cities reduced to rubble. Every victim had a heart-wrenching story of loss and tragedy. …