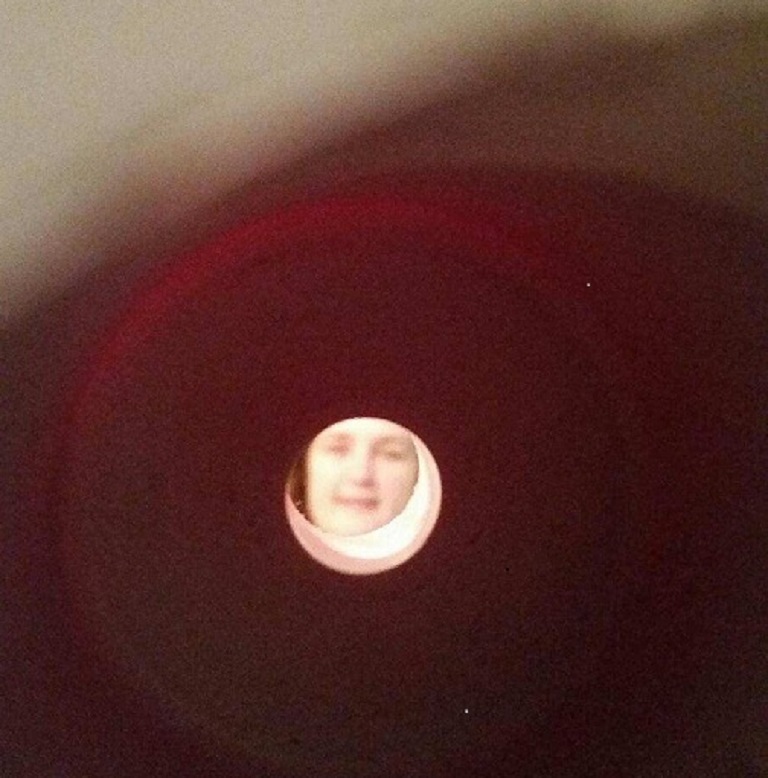 “I am a medical educator with the University of Tennessee Health Science Center in Memphis. From January to March 2014, I was hospitalized five times for ulcerative colitis. My doctor finally said, “I have to take you to surgery now, or you’ll die. In fact, I don’t know why you’re not already dead.” I was whisked off to surgery to remove my colon, and I awoke with a stoma (ileostomy).

“Several months after my operation, a friend and I were playing around and took a picture of me through a red Solo cup koozie. This is the result. When I saw it, my immediate reaction was, “There I am! Trapped in my stoma.” This image captures how I felt for months following the removal of my colon.”