Your bones tremble.
Freedom no longer suits you.
Warm sun on skin feels wasted.
The smell of pine…
where’s that old familiar ether?
So many active people on the sidewalk,
behind the wheels of cars.
Who have they come to visit?

Your daughter grabs your hand,
tries to pull you back into your old life,
but it’s no longer known in these parts.
The house you grew up in…
well so she says.
The field where you played ball…
what’s ball?
She even dares to kiss you.
But where’s the pill to go along
with that painful touch of flesh?

Clementine King
About the artist:
“Clementine King” is an assistant professor of public health and an artist.
About the artwork:
“This graffiti scene struck me as I made my way through a tough day with depression. It must have been created by multiple artists, at different times, with different intentions. But taken together, at this moment, was there a message in it? The peaceful world above, the chaos below and the light on the far end of the walkway? Who knows, it may be painted over tomorrow.”
Visuals Editor:
Sara Kohrt
Pager rings. Just 5 minutes to get to the ED. Calling down as I rush to the trauma elevators, they tell me over the phone “Shots fired at a hotel in downtown Los Angeles.” I know that place…

At least 3 people arriving. The ED is bustling, preparing for their arrival. Blade and Prolene stitch in my scrub pocket, I am ready. We are ready.

For a moment the ED almost seems silent.

Lou arrived alone when she’d come for her blood pressure and itchy skin. Sharp, funny, she told me of her daughters, grown up and far away, and her life in the neighborhood as it changed around her. She had lived there for decades, long after her husband left, long after raising two on her own, long after the cottages around her were torn down for industrial sites. Neighbors were scarce and stray dogs plenty.

When her daughter arrived with her, I knew something had changed. Having driven sixty miles to bring her, Lou’s daughter was here to report on the increasing forgetfulness, the neglect of her garden. She was worried her mother was developing dementia and wanted her to move closer, where she could keep a better eye on her. Lou was having none of anyone else keeping an eye on her, though. We talked about memory and independence and safety and planning—at least as much as one can squeeze into a protracted twenty-minute visit. We all agreed to watch.

I have lived in Japan for more than half of my life. I first came here as a nine-year-old child, the daughter of a missionary. Later, after several years of study and work in the US, I returned as an adult with my Japanese husband. You’d think that after more than thirty years here, I could almost call myself Japanese! But no. In this homogeneous country, I’m still a foreigner.

The role of a foreigner in Japan is, for the most part, a comfortable one. Japanese people are polite. They don’t expect foreigners to know Japanese, so when I do speak it (with my learned-as-a-child accent), I’m applauded and praised. This role can also be lonely, though.

As I go about daily life, my five-foot-seven height and Caucasian features automatically set me apart; there’s no possibility of melting into the crowd. Small children stare at my blue eyes and light hair. Sometimes, on a crowded train, the open seat next to me will remain open. Gaijin, the Japanese term for anyone non-Japanese, means “outside person.” I must accept that I am, and always will be, a gaijin. 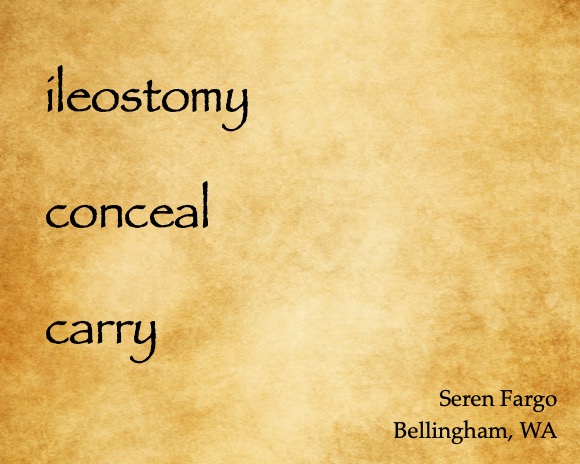 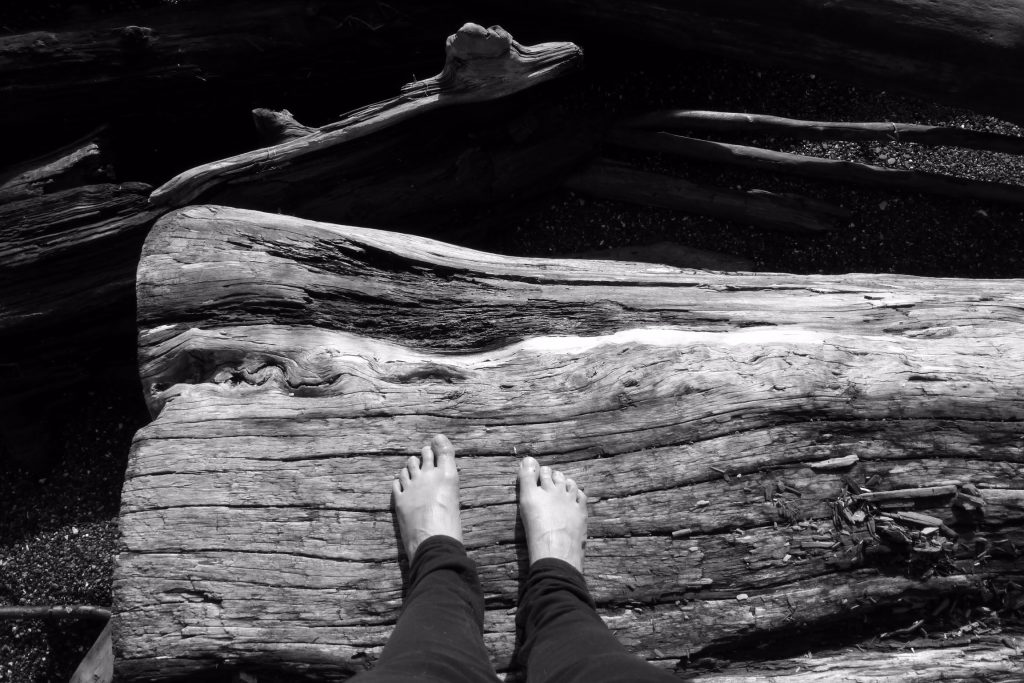 Josephine Ensign is a nurse and writer. She teaches health policy and health humanities at the University of Washington, Seattle. She is the author of the medical memoir Catching Homelessness: A Nurse’s Story of Falling Through the Safety Net.

This photograph is part of the artist’s multimedia digital humanities project Soul Stories: Voices From the Margins, about the role of narrative in health and healing in the context of trauma. The Soul Stories project includes photographs and digital storytelling videos to accompany a forthcoming book of essays and poems about her search for ways to humanize health care for patients, families, communities and providers. “I took this photograph while writing a lyric essay, ‘Foot Notes,’ which concludes with this line: ‘Feet take us to new territory; they witness and record our journey.’

The room is stuffy, but the woman is shivering.

Her husband stands by her bedside. An interpreter that they’ve hired to stay with her day and night stands at the foot of the bed. And then there’s me, the doctor (I’m an intern), waiting to deliver one of many sad speeches I must give today.

Smiling wanly, she struggles into a sitting position and shakes my hand.

Even with a diagnosis of metastatic stomach cancer, she has movie-star looks. She’s only twenty-six–the same age as me. I can imagine her stepping out of a red-carpet premiere in Shanghai. Instead, having hired personal interpreters and taken a flight halfway across the world, here she is in this hospital bed, waiting expectantly for me to tell her what we can offer her.

A man a few feet ahead of me
is pulling a rolling carry-on,
a clear plastic “belongings” bag tied
to the top by a white drawstring.

I can’t resist a glance in the bag,
like a stranger who wonders about lives
in the elevator or grocery line.
It holds some clothes, playing cards,

the ordinary things. And lying on its side
is a small helicopter, its unpainted
wooden slats as thin as split popsicle sticks,
a broken rotor bent awkwardly 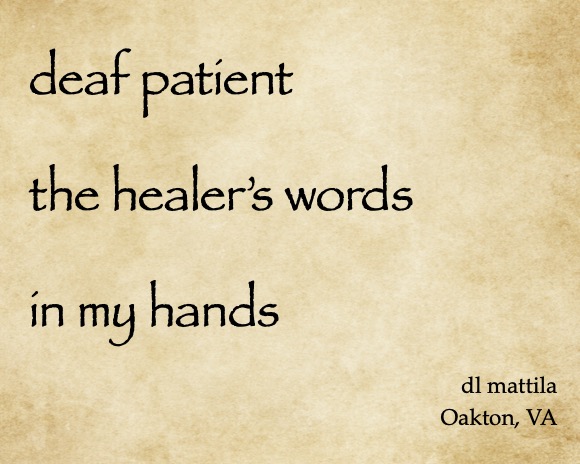 You are an angel, undeserving of such tortuous demise.

I bit my tongue to hold back these words I was thinking but couldn’t say to our young, male patient with amyotrophic lateral sclerosis (ALS). The attending physician had just exclaimed, “Foot drop is often one of the first signs of ALS. Do you notice here the distal muscle atrophy, including the intrinsic muscles of the hand, namely the dorsal interosseus muscles and thenar eminence?”

I met Terry the day after he sat in the back of a pick-up, joyriding on a busy interstate. A big rig whooshed by, sucked Terry out of the truck bed and slammed him into the side of the semi-trailer before he fell back into the truck. One scalp laceration and a few facial scrapes presented evidence of the accident. The damage occurred inside Terry’s head.
It shames me to admit I practiced the defense mechanism of black humor. During shift change, we joked and wondered if Terry had MFB, or mush for brains. Countless days and doses of diuretics, rehydration, and more diuretics without a twitch, grimace or cough from Terry decimated my hope for his recovery. I bathed him with coarse wash cloths and repented by lavishing his skin with lotion. I talked about sports, music, even Tiger Beat magazine. I prayed for him to a god in which I didn’t quite believe.