Exhalations materialize in the dark as I walk
from the empty parking deck. I brew coffee,
then print a list–our census is up to thirty.
I grab my coat and start seeing patients:
the gastric bypasses, the nine ex-laps,
the psychotic panniculectomy patient,
and the bowel obstruction we are watching.
I page just before six to ask about his diet,
but you don’t answer me, so I move on,
jotting ins and outs, celebrating flatus.
Knocking on the Whipple’s door, I think
of you suddenly and my gut spasms,
smothered by the weight of living like this.
I page again from the ICU, staring at a phone,
wondering if it has finally gotten to you, torn flesh
with no one to hold pressure or throw a stitch. 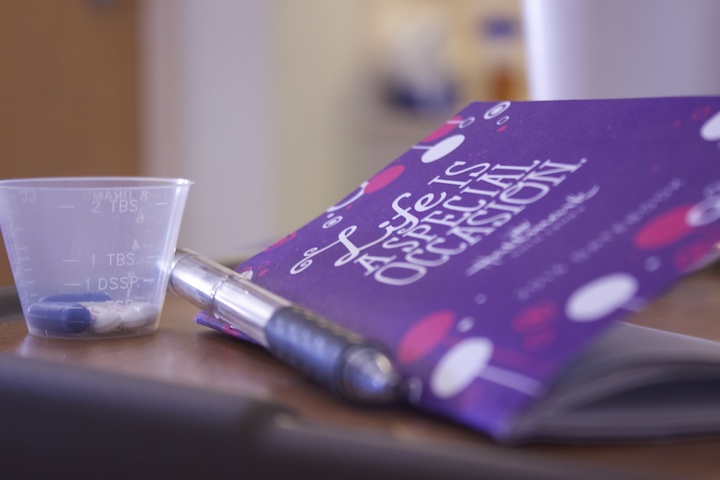 Erin O’Branski is a physician assistant practicing in hematology-oncology at the Duke Cancer Institute in Durham, NC. She is also a continuing-education student at the Center for Documentary Studies at Duke. She is currently documenting instances of art and beauty in everyday life in the hospital, a project which began as a way to process the pain and sadness associated with life-threatening diseases. Her recent short documentary Cancer Warriors can be seen at DocumentingMedicine.com/cancer-warriors.

“As a PA hospitalist on a leukemia lymphoma service, I became interested in how, during their extended admissions, seriously ill patients transform a sterile hospital room into a temporary sanctuary–and what that says about the human spirit and resilience. Decorated rooms are rarely found in the hospital outside of the pediatric floors and are mostly seen in areas in which there is a long road to recovery, where health and survival are tenuous and where it is imperative to have a place of your own in …

“Matthew, go see this lady about her breast mass,” says my attending physician at the clinic where, as a third-year medical student, I’m doing a family-medicine rotation.

I don my short white coat, freshly baked from sitting in the back of my car as I drove to work on this oppressively hot morning. As I sling the stethoscope around my neck, I feel my inner voice (my constant companion amid the stresses of medical school) gearing up, ready to offer insights, questions, distractions…. 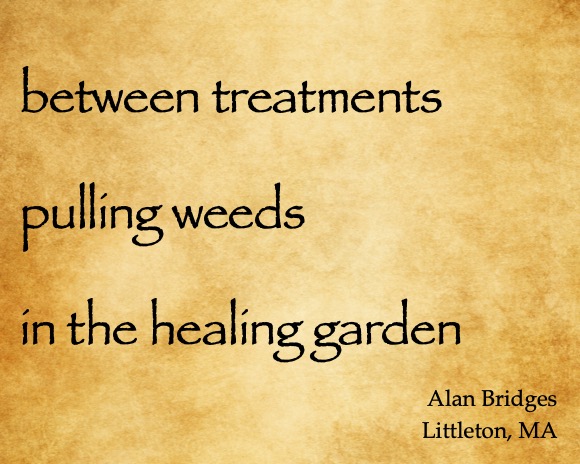 Day 1: For over thirty-five years my strong, spirited spouse, Carlo, served around the world in the Air Force. Now retired from the military, he still serves at the air base as a civilian security police officer.

His neck hurts. A lot. He blames the pain on the unbalanced weight of the bulletproof vest that Uncle Sam added last year to the uniform he proudly wears every day.

Even though Carlo is a military veteran, he does not use the VA program for health care.

On this day, Carlo calls his longtime doctor because the pain is preventing him from working, and his hands have started to shake.

The receptionist says that Doc has no openings for eight weeks. Instead, she schedules Carlo to see a physician’s assistant in three weeks. 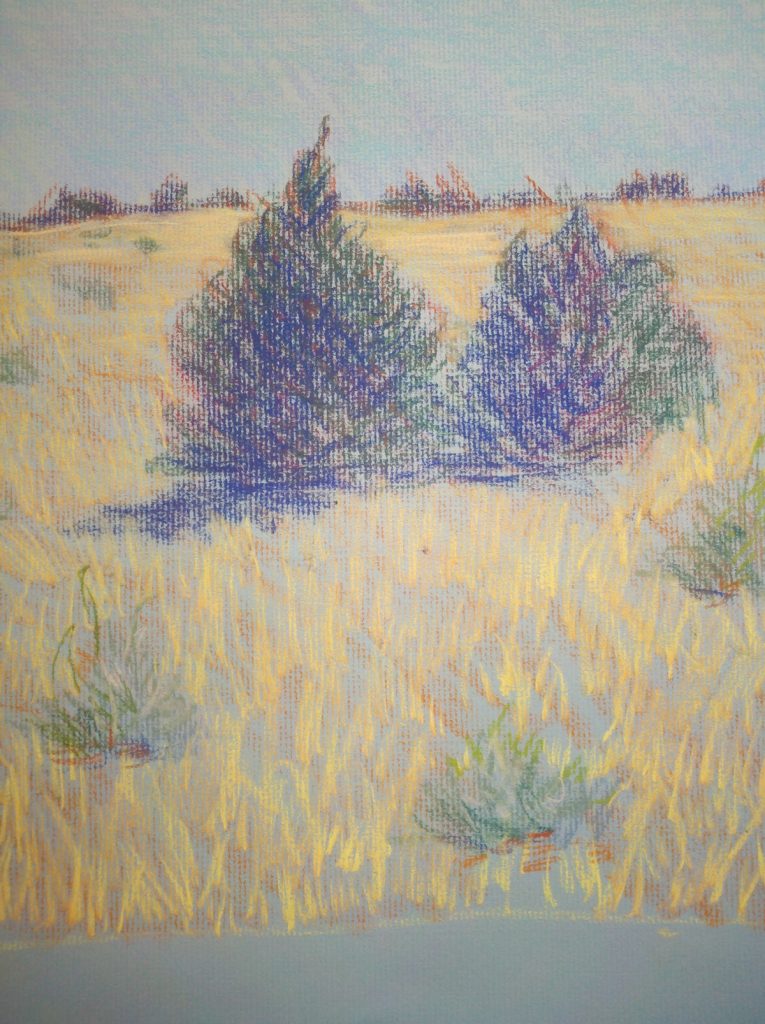 “I was a faculty member in the department of pediatrics at SUNY Downstate College of Medicine for more than twenty-seven years. I helped to create and then led for many years their Essentials of Clinical Medicine course; I was then the pediatric clerkship director. My clinical focus was on providing primary care for children with complex chronic health problems. Now retired, I recently qualified as a Metropolitan Museum of Art docent for schoolchildren.”

Pastel on Canson paper. “I created this on the last day of a one-week visit to the Grand Canyon. We had done a number of day hikes into the Canyon, and on one of them we hiked with a ‘preventive service’ ranger–a Park volunteer being trained to monitor hikers in order to ensure their adequate preparation for the rigors of heat and terrain. His stories were much in mind as I tried to capture the view from our cabin; at 9:00 AM, the temperature was already in the …

tucked into the chaos of the emergency department
is a single room with stirrups, a floor spackled with blood,
& a woman whose face betrays nothing.
the bodies of all those i have touched who have then
died pile before me like so many broken eggshells
so i stand against the wall to distance myself from her
& her cramping uterus, her dark red clots that fall
like sleet, her blank eyes that stare strictly at the ceiling
while we busy ourselves with machinery: the speculum, 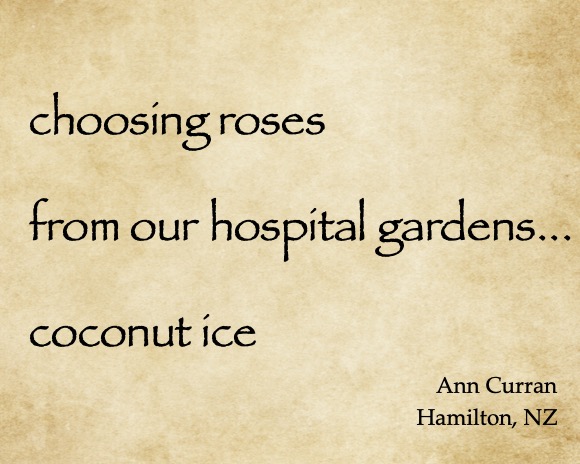