In 2005, my husband and I bought a small farmhouse in northern New England next door to Tom and Sally.

They were in their early seventies, married nearly fifty years, with a large family. Tom’s grandfather had built a farmhouse in 1900 on the family’s small pig farm. In the 1970s, Tom and Sally had parceled off the land and built a modern house for themselves, a stone’s throw from the old farmhouse that eventually became ours.

I was a college freshman, just starting out as a rookie EMT with the local rescue squad. In the squad building, located near a strip mall in our suburban New Jersey town, my fellow volunteers and I joined the staff supervisors to spend days or nights on call.

On a rescue squad, I quickly learned, patience is key. If you visited the building, you’d see seasoned EMTs lounging around as if they had nothing better to do. They had developed a subdued alertness that let them relax while also being ready to leap into action. Unfortunately, I had yet to cultivate this quality; I sat in silence, jittering apprehensively. 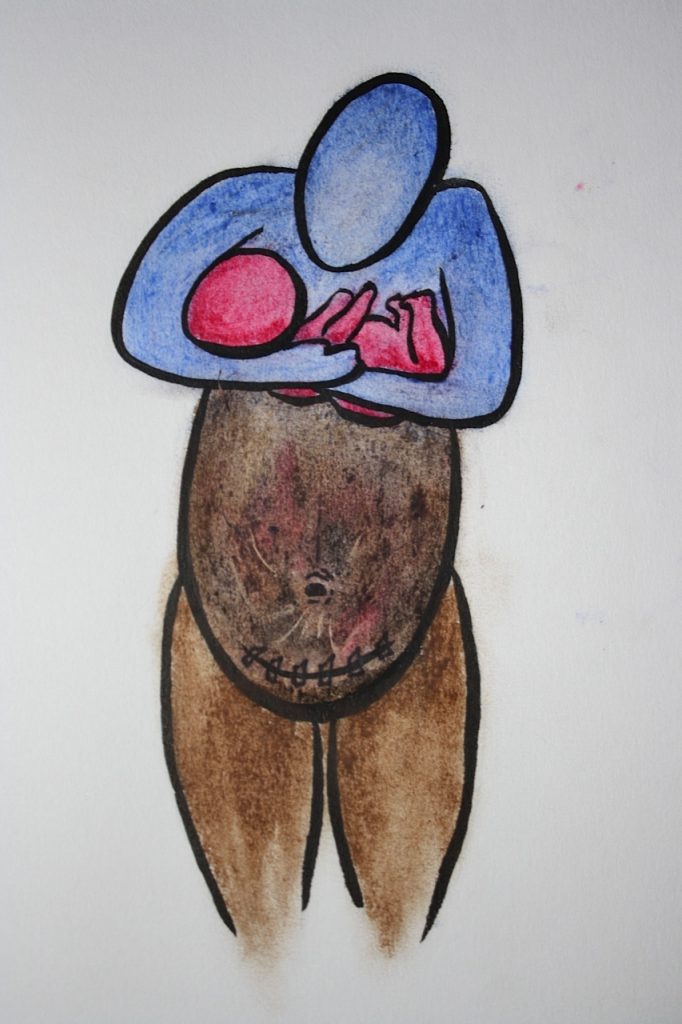 Karen Peacock is a board-certified art therapist in private practice in Memphis, TN. “Using art to express my experiences provides a unique perspective, often bringing equilibrium to emotions that may be hard to express verbally.”

“After giving birth to my son, I reached for art materials to express the complexity of emotions I was experiencing. This image, created with crayons and ink pen, depicts the contrasting feelings of physical emptiness and emotional fullness, as well as feelings of being physically scarred and emotionally loved.”

It’s a desert in here–
the way they suck
the air from one
compartment to another.
I’m parched–
forgotten rain,
blanched mollusk
without the sea.

My stiff face
tries to smile
at a wilted patient.
Pink-tongued lilies
once in a while
overcome the disinfectant,
stale sweat,
with hothouse perfume. 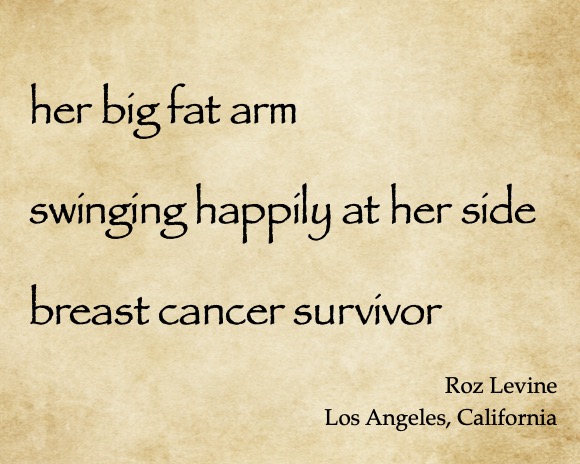 I’ve made a huge mistake, I thought.

I am a fourth-year medical student at the University of Minnesota, but right now I’m a long way from home. I am spending a year in South America, studying international public-health issues by working in emergency rooms, non-governmental organizations (NGOs), social projects and surgical suites.

When this story began, I’d been living in a small, remote town called Central Yuu, in the Ecuadorian jungle, helping the villagers to build a potable-water spring-protection system. It was on a rainy day there that I collected a connect-the-dots pattern of insect bites on my ankles. 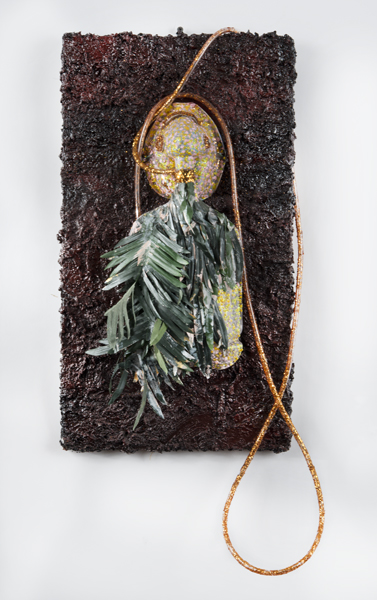 Maria Lupo is a registered art therapist in New Jersey. She holds masters degrees in fine arts and in counseling psychology and serves as the chair of the New Jersey Alliance for Arts and Health. The recipient of the 2010 Outstanding Professional in the Arts award from the Arts Council of the Morris Area, she exhibits her artwork nationally. “I have trusted art all my life as a way to cope and heal.”

“My mom’s time on earth was coming to an end. She was my best friend, and I had cared for her through every illness. How could I reconcile removing the ventilator upon which she was dependent? I could do it through the power of art. As an art therapist, this is the gift I give to others; now it was my time …

I say “finally” because I believed this day would come four months ago, when he had emergency bypass surgery.

At the time, I didn’t believe Walt would live; he was an ailing, seventy-seven-year-old man with severe pulmonary disease. When his heart started to hurt one Friday, his doctors told him, “With bypass surgery, you might live. Without it, you’ll be dead before the weekend is over.”

Walt’s oldest daughter and my parents, who were with him, told me about the doctors’ recommendations.

As a retired paramedic, I’d seen this scenario before–often enough to have a strong opinion, and my own advance directives. 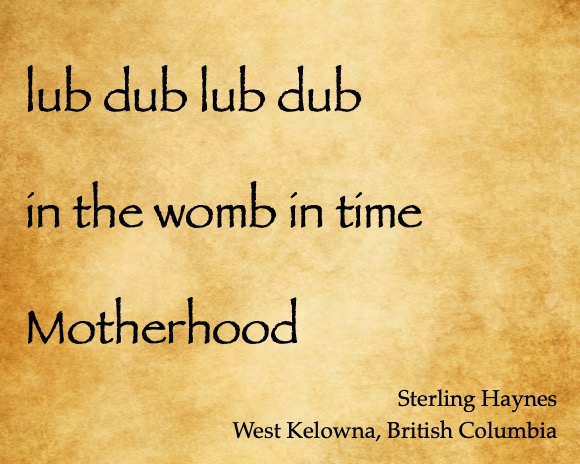